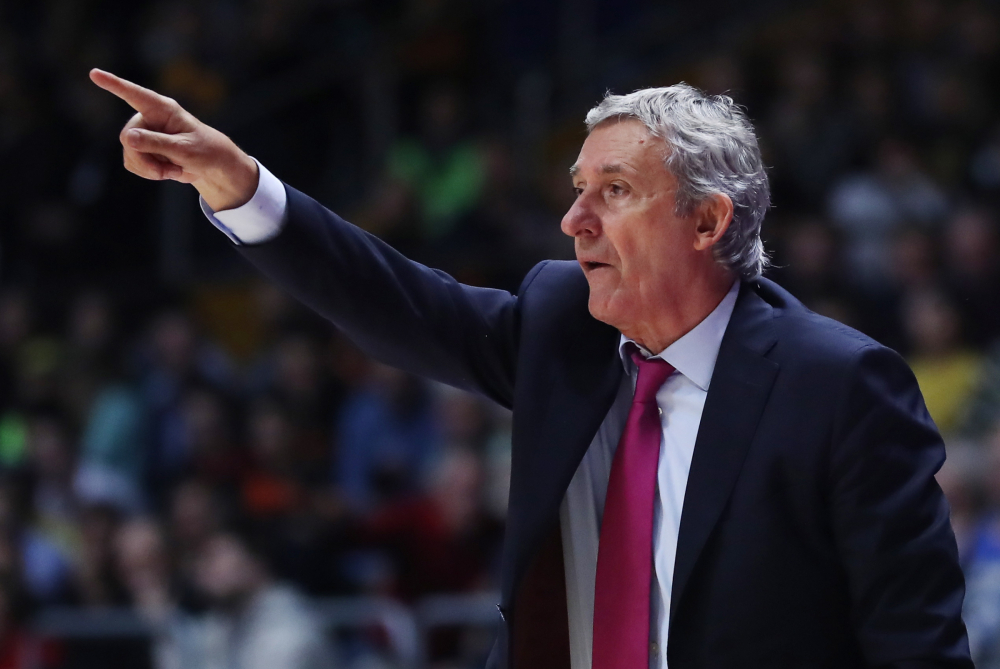 We are not only in Serbia to drink Rakija and celebrate with our friends. We’re also here to learn more about Serbian basketball culture and why this country and region of the world is continually so successful in the sport. To achieve this goal, we interviewed Serbian basketball personalities throughout the week we were here. Recently, Adam, Miroslav and I sat down with Strahinja Vasiljevic, the General Secretary of the Serbian Basketball Coaches Association, to better understand the basketball DNA of this country.

Here are some (but not all) of the historical coaches and personalities of Serbian basketball over the years:

Borislav Stankovic was a Serbian player and then a coach from 1950 to 1970, but is best known for what he did for the game in the region. At one point, Stankovic led FIBA ​​and revolutionized the governing body. It was his idea to allow NBA players to play in international competitions like the Olympics. Stankovic’s referendum passed in 1989, and three years later, at the 1992 Summer Olympics, the NBA Dream Team made a historic impact in Barcelona.

Nebojsa Popovic is considered by some to be the godfather of modern Serbian basketball. He was 10 times champion of the Yugoslav League as a coach from 1946 to 1955. He was also president of the Yugoslav Basketball Federation and many credit him with organizing Yugoslav basketball for making it what it is today. Without Popovic, many close to the history of basketball in this country do not believe that Serbian basketball will reach the level it is at now.

Alexander Nikolic is another father figure of Yugoslav basketball. He has mentored many world-class basketball coaches, such as Zeljko Obradovic, another legendary Serbian coach. Nikolic is part of Naismith Basketball and FIBA ​​Hall of Fame. He was a four-time Yugoslav League champion and a three-time EuroLeague champion. Nikolic coached the Yugoslav national team between 1951 and 1965, then had a second stint in the late 1970s. He coached future members of the FIBA ​​Hall of Fame and won several medals for Yugoslavia in international competitions.

Svetislav Pesic is another legendary Serbian basketball coach. He is also the current coach of the Serbian national team. Pesic is the first national coach from this region to win a gold medal in a competition against an NBA team. In 2002, Pesic and Yugoslavia (both Vlade Divac and Peja Stojakovic were on that team) beat George Karl and USA and won gold at the 2002 FIBA ​​World Cup. Pesic also won gold with Yugoslavia at EuroBasket 2001.

Pesic being the coach of this Serbia team this summer is super intriguing. He is already a legendary Serbian coach and an icon in this country. I think Pesic and Jokic can also go very well together. Jokic can learn a lot from Pesic and vice versa. I’m interested to see how they fit together. Pesic should have Jokic’s respect. He is a former EuroLeague champion as a player (1979) and coach (2003). And if previous friendlies are any indication, Pesic – perhaps unlike some of the former Serbian national team managers – respects the player that is Jokic. Jokic has rightfully been Serbia’s guy so far this summer and Pesic runs everything through him as it should

There are layers here too. Pesic, who is 72, will probably not be the head coach of the Serbian team for years and years. What could potentially be his last (or one of his last) chances to lead Serbia to another gold medal in international competition comes at the same time as Jokic is about to start the first of his tournament as the undisputed leader of his country. This scenario has a cool feel to it. Belgrade chatter is that after Milos Teodosic was surprisingly left out of the squad earlier this month, Jokic is now the undisputed leader of the Serbia squad. It’s his show now.

Pesic passing the baton to Jokic to lead Serbia to a new generation of basketball in this country is something to watch. Thursday’s Serbia-Greece match, which Serbia must win to close in on a spot in next year’s World Cup, will be a must-see on TV.

The other highlight of our Day 5 in Serbia was the Red Star-Maccabi futbol match. Our buddy Marko (@theMilenkovic) got us tickets, and I can’t thank the guy enough. It was an amazing experience, although the crowd was a little quieter than normal since they are on probation. If Red Star fans used flares in Tuesday’s match, they would be suspended and the club could not play in front of their home fans for four consecutive games.

Still, the atmosphere was better than any sporting event I’ve attended in the United States. It was amazing to experience that kind of passion firsthand. It was just singing (songs I didn’t know) and chanting (phrases I didn’t understand) and jumping and shouting at the opposition and officials for 90 minutes. It didn’t matter that I didn’t know the words or the language of the Red Star diehards. It was pure joy to be in this stadium… for most of the first half at least.

I don’t want to recap the game here for any Red Star fans who might be reading this, but this was truly one of the most stunning losses I’ve witnessed. Like, I can’t believe this actually happened. I will talk about it forever. Watch it if you want the details.

My first Champions League match was still an unforgettable evening.