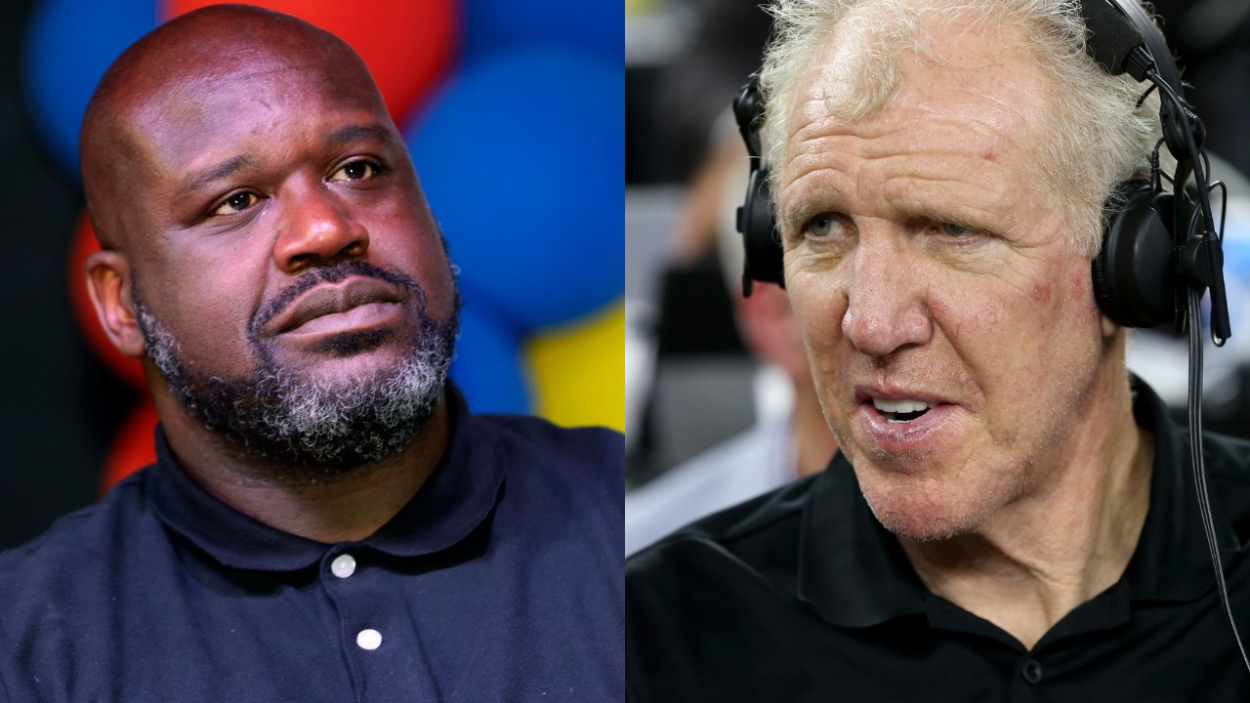 The NBA released its 75th Anniversary Team this season, in which it revealed the 75 greatest players in league history. There were plenty of stellar players on the list, but several legends were also snubbed, including guys like Klay Thompson, Kyrie Irving, Dwight Howard and Tracy McGrady.

However, if you want these players on the team, you have to cut others, and Shaquille O’Neal probably knows the perfect fit: Bill Walton.

During a recent podcast appearance, O’Neal questioned Walton’s place among the 75 greatest NBA players of all time, and he gave McGrady his endorsement, particularly on his fellow big man. .

Shaquille O’Neal became one of 76 players to earn a spot on the league’s 75th Anniversary Team (a tie resulted in 76 players instead of 75). Current and former players, coaches, executives, WNBA legends and journalists helped choose the team.

However, Tracy McGrady, who earned seven All-Star selections and led the NBA in scoring twice throughout his career, was one of the notable rebuffs.

He recently discussed it on February 25 episode of The Great Podcast With each.

“I certainly wasn’t angry; I was shocked, I was definitely shocked,” McGrady said before answering Shaq’s question about players being given spots that didn’t deserve it. “…Some of the guys playing in today’s game, I think they could have made the next list, top 100 or whatever.”

He continued: “I was shocked; I was not angry. Ultimately, being in the top 75 will never trump being a Hall of Famer.

So, who is someone the voters could have voted out of the team in favor of McGrady?

While discussing the team with McGrady, Shaq made sure to throw shade at Hall of Famer Bill Walton, who he’s struggled with in the past.

McGrady agreed, saying, “I think a lot of people have a problem with that.” And Shaq’s co-star on his podcast, entertainment tonight host Nischelle Turner, took O’Neal’s remark one step further.

“If you’re going to pick Bill Walton and Tracy McGrady, it’s Tracy McGrady eight days a week, all day every day,” she said.

And Shaq, almost in unison, also said, “all day, every day.”

So many people seem to have a problem with Bill Walton being on the NBA’s 75th Anniversary Team. But are their arguments valid?

From the surface, it looks like Bill Walton has a better resume than Tracy McGrady.

He is a two-time NBA champion and former Finals MVP. Walton also won a league MVP award and was the 1985–86 Sixth Man of the Year.

McGrady? He didn’t win any championships or MVPs, but he did win the 2000-01 Most Improved Player award.

However, upon closer examination, T-Mac has a much better resume.

Walton has only earned two All-Star selections in his career, while McGrady has earned seven. The former also averaged just 13.3 points during his NBA years, while McGrady had in mean 19.6.

Here’s a look at some of their other stats.

McGrady’s total numbers are a bit skewed compared to Walton’s as he has played in almost twice as many games as Bill, who has suffered numerous injuries throughout his career. T-Mac played in 938, while Walton only appeared in 468.

However, longevity and durability should mean something, and Walton’s first one only lasted three seasons.

All in all, many players probably deserved a spot on the NBA’s 75th Anniversary Team. But Shaq might be right to question Walton’s status as one of the greatest players of all time.

RELATED: Tracy McGrady calls out James Harden for faking his exit from the net: ‘You don’t rehabilitate a Hammy by stepping back’