Should Nassir Little be untouchable before the NBA trade deadline? 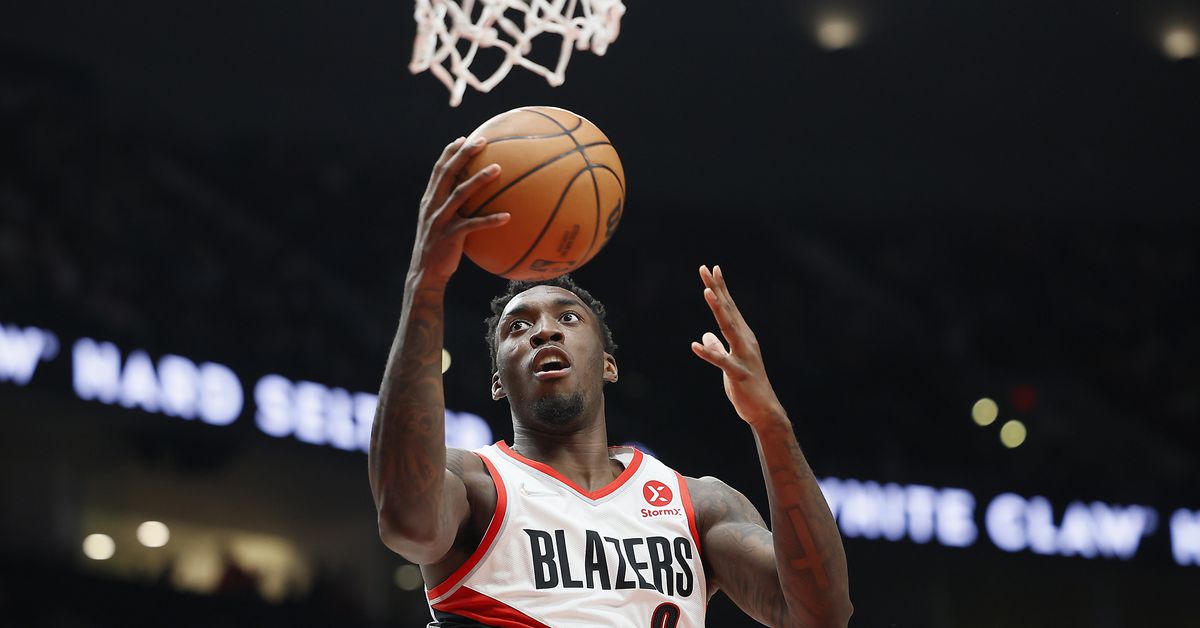 The Portland Trail Blazers are one of the NBA teams rumored to make moves ahead of the Feb. 10 trade deadline. Interim General Manager Joe Cronin is no doubt hard at work as we speak, trying to steer the franchise in the right direction. But if a trade is the answer, in order to secure the players and picks that will reverse the fortunes of the team, the Blazers must part with something valuable.

The potential names we’ve heard in trade rumors so far are unsurprising: Robert Covington, Jusuf Nurkic, CJ McCollum, Norman Powell, and Larry Nance Jr. By dangling these assets, Cronin might be able to source enough decent coins to help better. balance this list. But will they produce difference makers?

What if the veterans above weren’t enough to bring in players and pick this team to move up the standings in 2022-23. Would he dare to part with two young and particularly valuable assets to close the deal or deals?

Of course we are talking about Anfernee Simons and Nassir Little. Much has already been said about Simons’ meteoric rise and potential value, but what about Little?

With each passing game, Nassir Little looks more and more like a legit NBA player, not only a reliable source of energy and second-chance points, but also composed and skillfully executed basketball plays.

While it’s great to see deep first-round picks, Little still isn’t the first, second, third, fourth, or fifth-best player on this list, when everyone’s on form. Why should Blazers fans care about keeping the team’s sixth or seventh man, when more senior names in the pecking order are on the table, with no real objection?

There are three clear factors: age, money and skills.

The 22-year-old future player is in the penultimate year of a rookie contract earning just over $2.3 million this season and nearly $4.2 million next season. Those are relative pennies when you think of Lillard’s, McCollum’s and Powell’s contracts. And with Portland currently sitting above the luxury tax, rotating players on penny-like contracts are worth their weight in gold.

Age-wise, this is Little’s first season where injury and illness haven’t slowed his development. Imagine what he could do if he was able to go two or three injury-free seasons together?

With his size and skill, Little has the potential to do for this team what no one has done since Nicolas Batum was sent to the Charlotte Hornets in 2015 or Gerald Wallace at brooklyn nets three years earlier.

I’ve said before that Little has all the abilities to be Wallace with a better shot. Many forget that Wallace was an All Star the year before he arrived in Portland. Who’s to say that if Wallace had improved his career three-point average by 31%, he wouldn’t have featured more frequently in the February showcase?

I’m not saying Little is a certainty of earning multiple All-Star nods, or even one. He has a long way to go before we can start dishing out such applause. However, he has the potential to be a major contributor to a good team.

As mentioned, Little has another year until he becomes a restricted free agent. This season, he has more than doubled his points, rebounds, assists, steals and blocks, playing more than 25 minutes a night.

Maybe I’m looking at him through rose-colored glasses, but I’m confident he can get his percentage back above 35%, especially looking at the improvements we’ve seen in its shooting mechanics.

Aside from a few minor ailments, including a slight knee injury to the miami heat On Wednesday, Little appears to have put his injury-riddled first two NBA years in the rearview mirror. Knock on wood.

We’re actually starting to understand why Little was rated so highly right out of high school. The speed and force he’s able to generate from that 6’7+ frame – yes, he’s that tall – is explosive. And he’s still learning how to use it, knowing when to charge like a bull at a gate and when to hone and smash his way through the field.

He’s also one of the best defenders on this team, which becomes very valuable considering the team hasn’t had a great above-average defender in years. They are a rare commodity in this league given that so few of them can work on both sides of the ball.

We heard the Blazers might have their eye on the Detroit Pistons‘ Jerami Grant, a player you hope Little will eventually transform into. If Cronin is able to make a deal with Grant, then maybe North Carolina’s product is a little more consumable. Pistons are said to be on the market for young players and picks in a grant agreement.

But the Portland-born Grant is also six years older than Little and will return to unrestricted free agency in 18 months.

Little could also be key in a trade involving Myles Turner, another name the Blazers have reportedly been interested in. It is quite obvious that the Indiana Pacers seek to rejuvenate. Little might be a piece they would be interested in. I’m not sure Cronin should keep Little out of bounds if it means hooking a big throw, defending, blocking, shooting three-pointers like Turner.

In this agreement, Portland’s largest wing stocks would be reduced. Cronin would walk a tightrope, doing everything he can to improve the squad while ensuring the roster is well balanced, especially at the wing positions.

As we discussed with Simons last week, no one should be untouchable unless your name is Damian Lillard. But I have no doubt that Cronin will have to seriously consider including Little for the very facts discussed above.

With less than three weeks until the deadline, Blazers fans should be both nervous and excited to see what Joe Cronin is capable of achieving as he works to build a contender around Damian Lillard 10 months from now.