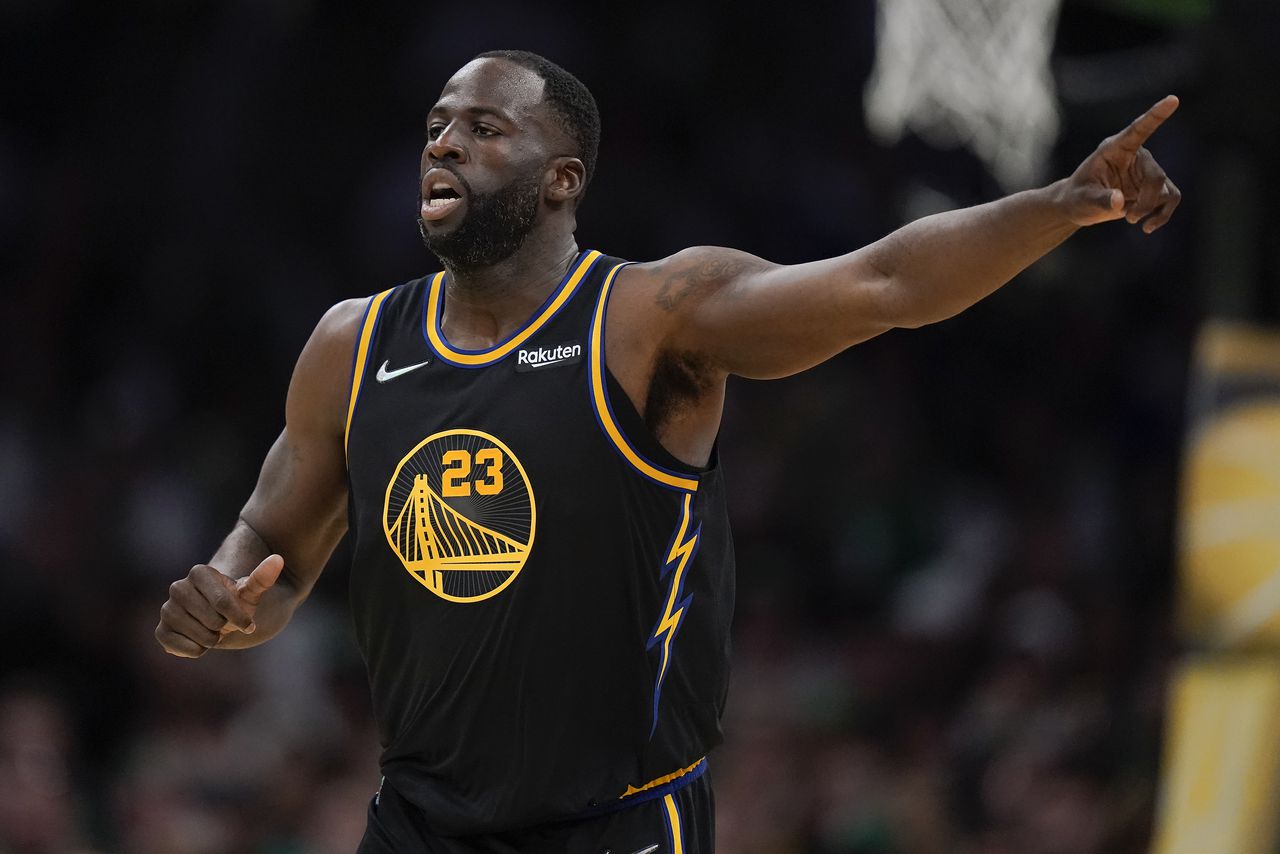 You probably knew that Draymond Green lifted a trophy as NBA champion earlier this year.

But did you know that Durrell Summers is on a long playoff streak in Mexico? Or that Nick Ward is posting huge numbers in the Middle East?

Michigan State boasts a slew of former players active in professional hoops around the world. As the NBA kicks off its season on Tuesday night, here’s a look at where all of these players are playing this season:

The venerable former Michigan State player is entering his 11th season in the league after making headlines recently for hitting teammate Jordan Poole. It came after winning his fourth NBA title earlier this spring.

Green is nearing the end of his current contract: He is expected to make $25 million this year, then has a player option next season with the Warriors at $27.5 million which he looks likely to earn back.

Jackson finally had a healthy season last year as he led the NBA in blocks and finished first on the league’s All-Defensive Team. This helped the Grizzlies lead the Warriors to six games in the Western Conference Semifinals.

But Jackson couldn’t stay healthy: Post-season foot surgery will likely keep him out until January. Jackson is in the first year of a four-year, $105 million extension.

Harris is out to start the season after suffering a meniscus tear in his knee in August. That injury came shortly after he signed a two-year extension that will keep him with the Magic through 2024 at $13 million per season.

Harris averaged 11.1 points per game last year, his best average in three years, while shooting 38.4 percent from 3-point range, the third-best mark of his career.

Tillman saw his numbers drop after a strong rookie season, to 4.8 points and 3.0 rebounds per game, but still managed to start three games in the Grizzlies playoffs. Now, he’ll be looking to enter the Grizzlies’ deep frontcourt rotation.

Tillman could be a free agent as early as 2023; he has a team option in his contract for next season.

Forbes circles the NBA: After being traded from the Spurs to the Nuggets last season, he signed a one-year deal with the Timberwolves for 2022-23 in what will be his fourth NBA franchise.

But he’s sticking around for his seventh NBA season because he can still shoot the ball: He’s been 41 percent or better from 3-point range in each of the last four seasons.

The Lakers’ second-round pick this year, Christie averaged 5.3 points per game in 22.8 minutes per game in the preseason while shooting 25% from 3-pointers and 30.6% from the ground.

Bridges is currently out of contract after becoming a free agent this summer. Shortly before free agency, Bridges was arrested and charged with three felonies after his girlfriend accused him of assaulting her. A preliminary hearing in the case is underway.

Bridges and the Hornets allowed a $7.9 million qualifying offer for him to expire earlier this month, but he remains a restricted free agent.

Valentine had a tryout with the Boston Celtics during their training camp, but was released earlier this month. He will now seek a new home for his seventh professional season after playing for the Cavaliers and Jazz last year.

Bingham signed with the Mavericks for training camp but was dropped from the team’s roster late last week. He will now seek to make himself known in the G-League (which has not yet announced its lists) or abroad for his first professional season.

Brown signed a 10-piece contract with the Raptors at the end of the summer. He was dropped from the NBA squad near the end of his training camp, but has a strong chance of playing with the G-League affiliate team this season.

After two seasons of a limited role in the NBA and G-League, Winston has headed overseas, where he’s more like the player Michigan State fans remember.

In three BBL games, Winston is averaging 19 points and 4.3 assists per game while shooting 7-for-12 from 3-point range (Euroleague games have been tougher, at 8.0 points per game in two games). He helped Bayern Munich start the season 3-0.

Ward has moved to Bahrain for his fourth professional season and is posting big numbers. In three games, he’s averaging 37.3 points and 18.3 rebounds per game. Ward played in Spain last season and in Canada before that.

Costello has been a regular front-row player as he enters his second season with Baskonia and fourth overall in Spain’s Liga Endesa. He’s averaging 11.0 points and 4.0 rebounds per game and is 17 for 21 from 2 points from the field this season.

Entering his first season on the road, Henry averaged 5.5 points per game in four games. But he was strong in an exhibition in Las Vegas this month against the G-League Ignite, scoring 24 points in the team’s second game. Henry plays for perhaps the hottest team in Europe, which likely includes 2023 NBA Draft No. 1 pick Victor Wembanyama.

After ending his career at Michigan State in 2021, Henry played six games with the 76ers last season and the rest of the year in the G-League.

After earning MVP honors and a Tag Team Championship in Poland last season, Trice moved to Spain, where he is at 11.5 points per game despite a tough start to the season.

Davis is back for his second season in Taiwan, where he averaged 16.9 points and 13.8 rebounds per game last season. Taiwan’s T1 league did not start its season, but Davis played a weekend exhibition game for the club.

Schilling leaves his native Germany for the first time in his professional career. In two Basketball Champions League games, he’s at 9.5 points and 6.0 rebounds per game.

Summers has become a fixture in Mexico, where he averages 18.3 points per game, fourth-best in the LNBP (the country’s second division)

While most international leagues are just getting started, Mexico’s is about to end. The Mineros currently hold a 3-2 lead in the LNBP’s best-of-seven playoff semifinal series.

Carter, who has played in his native Israel since leaving Michigan State in 2018, is listed on Hapoel Yossi Avrahami Eilat’s roster but has yet to appear in a game this season.

Goins signed with a Lithuanian club at the end of August but hasn’t featured in any of his five games this season and is no longer on his roster.