“Stephen Curry is the one I most want to play with” 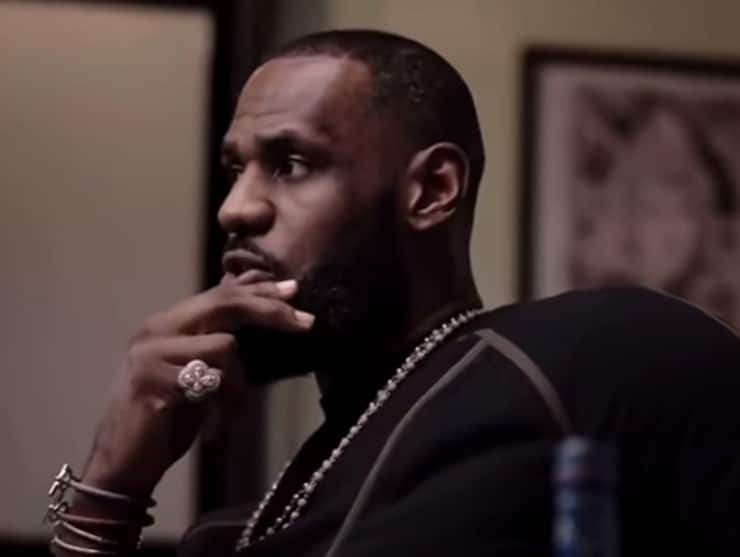 LeBron James and Stephen Curry go back a long way. Well, for the past nine years. When LeBron joined the Cavaliers in 2014, it didn’t take long for the team to dominate. In just his first season, they returned to the NBA Finals, where Curry and the Warriors defeated them in six games in 2015. Then, in the following season’s title streak, James hosted a must-win rematch against Curry on the biggest stage.

Of course, everyone remembers the end of the NBA Finals. Golden State lost a three-game series lead. In Game 7, LeBron helped Cleveland win their first championship in franchise history. Casual viewers would call Warriors-Cavaliers matchups of the past a solid rivalry.

However, Golden State generally won. It wasn’t really a contest. Stephen Curry and the Warriors have won three titles (2015, 2017-18) against LeBron’s teams. And, the Dubs have appeared in five NBA Finals in the previous nine years.

Anyway, during an interview on ‘The Shop’, LeBron said, “Stephen Curry is the one I want to play with for sure in today’s game. I like everything about this guy. Deadly, man. People weren’t sure if the two players were good friends to begin with. Maybe those comments will raise a few eyebrows.

Could LeBron join Steph on the Warriors?

So if James ever left the Lakers, he might pull a Kevin Durant and join the Warriors. They are built to maintain a winning culture. Stephen Curry, Klay Thompson and Draymond Green have proven this over the years. Their only blip on the radar was the 2019-20 season. The team finished 15-50 (.231). Injuries derailed them that season, however.

As far as fans know right now, Stephen Curry would probably never leave Golden State. He’s been locked up for a long time. The eight-time All-Star signed a four-year, $215 million extension with the organization on August 6, 2021. He is expected to earn $48.070 million in the 2022-23 season.

Additionally, LeBron James signed a four-year maximum salary contract with the Lakers on July 9, 2018. This current season is his player option. The four-time MVP is expected to earn $44.474 million in the 2022-23 season. If he left Los Angeles, it might be after next season.