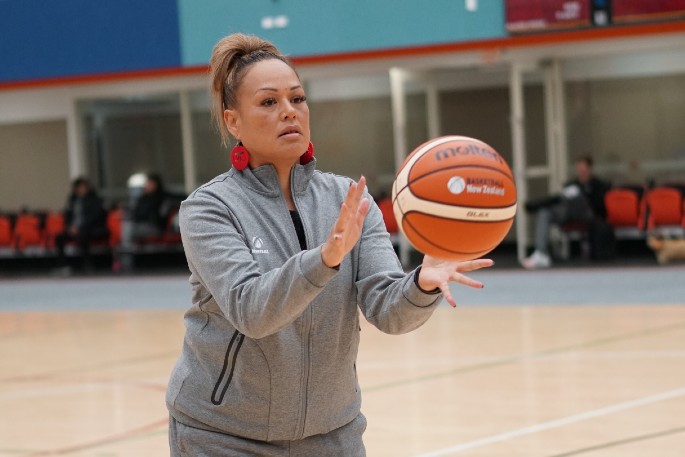 Two basketball greats from Tauranga have been named coaches for the National Under-17 teams.

Mel Bennett will assume the leadership of the girls ‘team and Leyton Hiddleton will assume the same role for the boys’ team for the U17 World Cup cycle of the International Basketball Federation.

“These coaches have been a part of the New Zealand course for many years and have earned the right to represent New Zealand at the international level.

“Leyton and Mel have done an amazing job working as a coach as well as supporting our elite players on the National Junior Team. They are both great individuals and will work extremely hard for our national team program, ”said Leonard.

Mel Bennett, coach of the Tauranga City Basketball Association, will return to the international stage after recently working as an assistant coach with the Junior Tall Ferns in 2016.

Mel says she’s in awe of the talent that shows up after what she’s seen at New Zealand Under-14 basketball camps and the Aon Under-15 championships.

“I got to see all the younger athletes at the Nationals because I was there every day from early morning until night and also got Glory League footage to study.

“There are some really exciting players coming. Allowing these athletes to show off their talents will be really special.

“It is an honor and a privilege to represent BBNZ in this role. Leading this group of talented young athletes through this haerenga (journey) will be exciting, dynamic, innovative and creative, ”she said.

“Leyton and I look forward to integrating and implementing our unique culture of Te Ao Māori principles through whanaungatanga, manaakitanga, kotahitanga, tuakiritanga and rangatiratanga. These principles are currently being adopted through the Tall Blacks, Tall Ferns and National Age Group programs.

Leyton is originally from Tauranga and is currently based in Invercargill, he has two roles for the Southland Sharks – basketball development manager and assistant coach.

He has also been an assistant coach at two Under-19 World Cups, 2017 in Egypt and 2019 in Greece, but this will be his first opportunity to take charge of an international team.

“I am very touched and excited by this opportunity and very grateful to those who have been instrumental in my journey so far,” said Leyton.

“It is an honor to be called upon to be the head coach of a New Zealand team at any level and it is something that I have been working on for almost ten years.

“I’m also very grateful to the basketball community as a whole because without the coaches from all over New Zealand doing what they do we don’t have the opportunity to work with the best players at the level. international.

“I love meeting athletes from across the country and look forward to working with them.