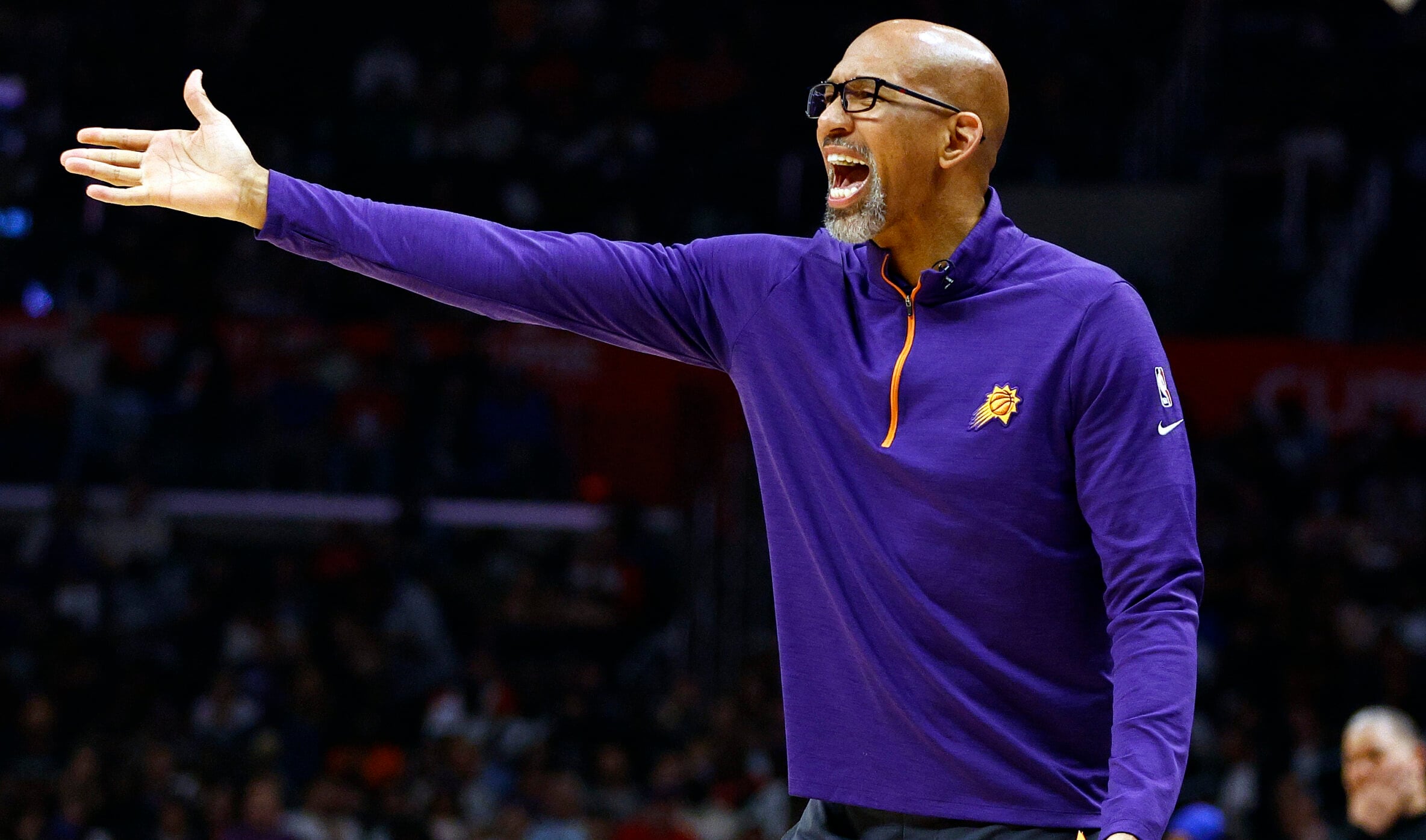 Suns coach Monty Williams has been honored by his peers for a second straight season.

The Michael H. Goldberg Award for NBCA Coach of the Year recognizes the dedication, commitment and hard work of NBA head coaches and is awarded annually to a head coach who helps guide his players to a higher level of performance on the field and demonstrates exceptional service. and his dedication to the community off the pitch. It honors the spirit of Mr. Goldberg, the esteemed longtime Executive Director of the NBCA, who set the standard for loyalty, integrity, love of the game, passionate representation and tireless promotion of coaching. of the NBA. The award is unique in that it is voted on by the winners’ peers, the head coaches of all 30 NBA teams.

Honored by his peers.

Congratulations on being named NBCA Coach of the Year for the second season in a row, Coach! 👏 pic.twitter.com/TrycYtEGSM

“Congratulations to Monty Williams for winning the Michael H. Goldberg Award for a second straight season,” said Rick Carlisle, Indiana Pacers head coach and NBCA president. “Each of his three seasons with the Suns has produced a double-digit increase in wins over the previous year, which is extraordinarily difficult to do. Congratulations again to Monty and his entire team for repeating this. recognition of the most prestigious by his peers.

Coach Williams led the Suns to an NBA-best 64-18 record and a new Suns franchise record for most wins in a season. The Suns won their second straight title in the Pacific Division. They also became the first team in NBA history to increase their win total by at least 11 games in three consecutive seasons.

The Suns set an NBA record by going 47-0 in the lead after three quarters, breaking the previous record (43-0), and were an impressive 17-17 trailing after three quarters. It’s only the ninth time in NBA history that a team has been .500 or better when trailing at the start of the fourth quarter. Phoenix also went a perfect 16-0 in November, the most wins in a month and the most wins without a loss in a month in franchise history.

“I am thrilled and humbled to be recognized by my peers and to receive the Michael H. Goldberg Award for NBCA Coach of the Year,” Phoenix Suns head coach Monty Williams said. “Coaches in our league sacrifice so much to serve their teams, and there are so many outstanding coaches who deserve this honor. It is incredibly humbling to receive this recognition again from this group, for whom I have the greatest respect. Thank you to my fellow coaches and everyone at the NBCA…you deserve an award for the work you do for us and our families.

This honor is all the more important because it bears the name of Mr. Goldberg. He cared deeply about all the coaches in the league and worked tirelessly for our best interests. He was a constant example of class and sacrificed his time so that we could have better jobs and livelihoods.

Individual awards are the result of team success. My name is attached to this award, but the success of our team is due to the work done every day by our players, our coaching staff and every member of the Suns organization. This honor reflects the efforts of countless people and it is a privilege to work alongside you. It’s an access, not an access.

@Suns Head Coach Monty Williams has been named the recipient of the Michael H. Goldberg Award for NBCA Coach of the Year for 2022.

I am so grateful to each of our players and staff. It is a blessing and a joy to interact with you every day. Thank you for making this season such a special one for our organization and for our fans – and also for me and my family.

“Monty Williams greatly deserves this award and the recognition that comes with it from his coaching peers,” said NBCA Executive Director and General Counsel David Fogel. “Coach Williams’ hard work, commitment and dedication to his craft and his players have led the Suns to an incredible season and the best record in the NBA. Monty embodies the same high levels of integrity and excellence that Michael has displayed every day of his life.Congratulations to Coach Williams, Suns assistant coaches and all staff on back-to-back NBCA Coach of the Year honors Michael H. Goldberg.

In 1980, just four years after the NBCA was founded, Goldberg became its first general manager. Building on the NBCA’s existing foundation, he guided it through the years of professional basketball’s greatest growth. He helped secure significant benefits for NBA coaches, including increased retirement funds and disability insurance. Prior to the NBCA, Goldberg served as general counsel for the American Basketball Association.

Previous recipients of the Michael H. Goldberg Award for NBCA Coach of the Year are:

The NBA will announce the NBA Coach of the Year later during the 2022 NBA Playoffs.