Svetislav Pesic: “I will never give up my methods” / News 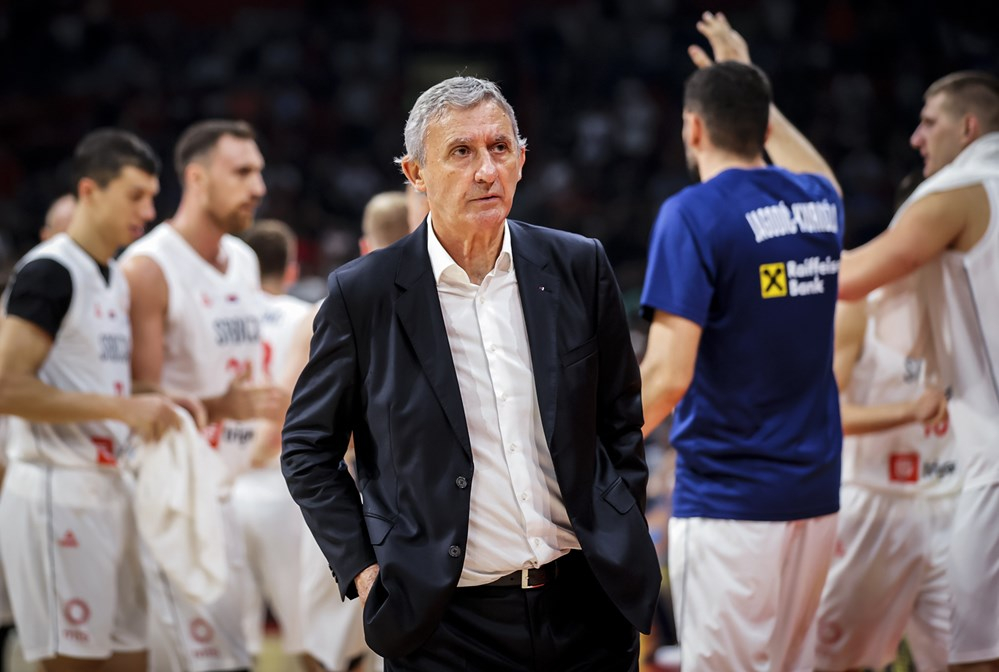 After being eliminated in the round of 16 of EuroBasket 2022, Serbian national team head coach Svetislav Pesic said he does not regret his decisions and will not change his methods of selecting players and staff.

After the participation in EuroBasket 2022, the head coach of the Serbian national team Svetislav Pesic expressed his impressions and observations in an interview for the website of the Serbian basketball federation (KSS).

Pesic explained that the reason why this EuroBasket is so strong is not only the talent of the top teams, but also the smaller countries catching up in terms of quality.

“It’s the strongest European championship so far in terms of quality. You can see that the quality is evening out. The small countries in basketball are progressing, it’s becoming more and more difficult for the favorites to win, and there were no surprises.” Pesic said.

The 73-year-old coach thinks the tournament system is very tough and it only takes a few bad minutes to get knocked out.

“The tournament system of the competition is strict, and we only had to have a little over 10 bad minutes,” said the Serbian coach.

“It’s a huge disappointment for us, and we are all still very sad. I am absolutely aware of the responsibility and the disappointment we have caused our fans,” added Pesic.

Pesic stressed the importance of a team atmosphere for success.

“I will always emphasize the atmosphere, the good friendship and the togetherness that the players have built between themselves both during the preparations and especially during the competition,” said Pesic.

Pesic highlighted the problems faced by the Serbian national team before and during this EuroBasket.

“I report this despite the fact that we are dealing with injuries and illnesses, and that some players have not even made it to the European Championships,” he added.

“The tournament was missed by [Nemanja] Bjelica, [Aleksa] Avramovic and [Bogdan] Bogdanovic, who had to undergo surgery. [Nikola] Milutinov and [Vanja] Marinkovic did not play several games due to illness and Nedovic prematurely ended his participation in EuroBasket due to injury,” Pesic named the injured Serbian national team.

Despite the Serbs falling in the round of 16 of the tournament, Pesic doesn’t think it was down to a lack of character.

“However, despite all the difficulties, the team grew game by game, showed character and took absolute responsibility without looking for excuses,” explained Pesic.

“I am proud and it was a great pleasure to have participated with them in this process. Together we have done everything in our power to represent our country, our basketball and our basketball culture in the best possible way” , Pesic said. .

“The core of the national team is made up of players of the generation born in 1994 and 1995 who have passed all the national tests [youth] teams,” continued Pesic.

“Whether they will respond regularly to the national team in the future will not only depend on them but also on their clubs. Priorities in their professional career change,” Pesic explained.

Despite the poor EuroBasket 2022 result, Pesic doesn’t regret his decisions during and before the tournament.

“I strongly support my decisions, my hard work, my commitment, my modesty and the enthusiasm shown by my colleagues and the players at the same time,” Pesic said.

“To erase everything that has been done and achieved thanks to the last 10 minutes of the game against Italy – I won’t allow it,” Pesic stressed.

Concluding the interview, Pesic said he won’t change his working principles and the way he selects players and associates for the team.

“And finally, to be clear, I will never abandon my principles, my player selection methods and my associates. I will analyze, and I will always be ready to accept different opinions and suggestions, but I will stick with people whose the goal is basketball only,” concluded Pesic.