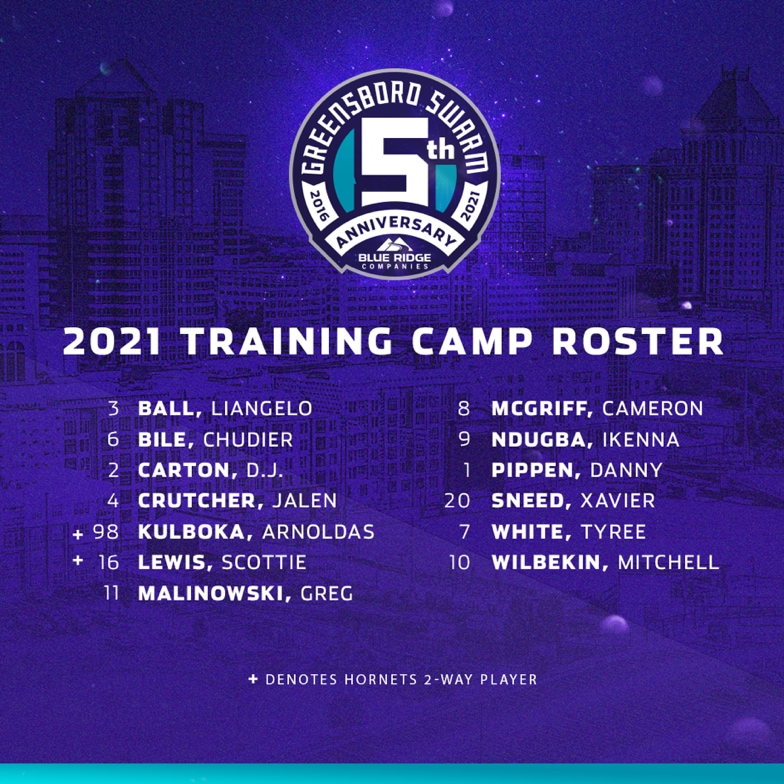 In addition, three new assistant coaches join head coach Surenkamp for his first season at the helm. Donyell Marshall, Ben Resner and Collin Terry will be on the field at the start of training camp.

Marshall brings a wealth of training and playing experience to Greensboro. As the Minnesota Timberwolves’ No.4 selection in the 1994 NBA Draft at the University of Connecticut, he ended a 15-season career in 2009 after playing for eight franchises (Minnesota, Golden State, Utah, Chicago , Toronto, Cleveland, Seattle, Philadelphia). Marshall was most recently the head coach of Central Connecticut University, but has also been on the sidelines with Buffalo, Rider, Maine Celtics (affiliate of the Boston Celtics) and George Washington.

Resner has been involved in coaching or player development since graduating from Stony Brook University in 2014. His previous coaching roles have been with the Rio Grande Valley Vipers (a subsidiary of the Houston Rockets), the Fort Wayne Mad Ants (a branch of the Indiana Pacers), the Township Swarm and Charge (a branch of the Cleveland Cavaliers). He has also served USA Basketball several times in support roles and participated in other player development programs.

Terry comes from player development, and most recently held this role in Maine. His experience includes serving as an assistant coach at Salt Lake Community College and head coach for an international basketball tour. Since graduating from Utah Valley University, Terry has continuously worked with high school, college, overseas, G League or NBA players in skill development.

The remaining hires in basketball operations will be announced at a later date.