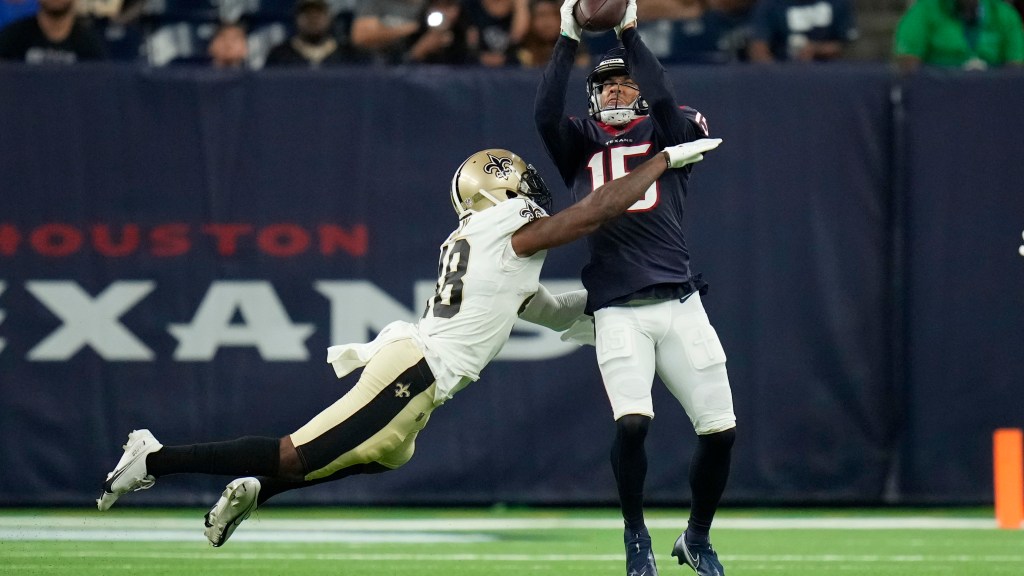 Chris Moore had flashes of genius with the Houston Texans.

The former Baltimore Ravens 2016 fourth-round pick had a monster game against the New England Patriots in Week 5 last season. Moore caught five assists for 109 and a touchdown in the narrow 25-22 loss at NRG Stadium.

Even though Moore finished with 21 catches for 227 yards and two touchdowns, he didn’t want to rest on his laurels, but rather use it as a platform to remain one of the reliable sophomore quarterback options. Davis Mills.

“Every time I step out on the court, I give my best,” Moore told reporters Aug. 17. “I work hard. I think it should get even better this year because me and Davis had a great time in the offseason with all the wide receivers getting together and throwing. That’s the biggest thing in the league , if you can be consistent, you can play for a long time.

Moore also worked on how he connects and merges with other receivers. The Texans’ passing game will feature Brandin Cooks, Nico Collins, Chris Conley and Phillip Dorsett, which means Moore must find a way to supplement their production.

“I feel like all the receivers complement each other,” Moore said. “When you have two guys like that who are quick and just like to get the better of defenses, they can be a dangerous threat there for sure.”

Moore caught two passes for 25 yards in the 17-13 preseason win over the New Orleans Saints on Aug. 13 at NRG Stadium. Moore will look to further showcase his dependability and essentials in Game 2 of the preseason with the Los Angeles Rams on Aug. 19 at SoFi Stadium.