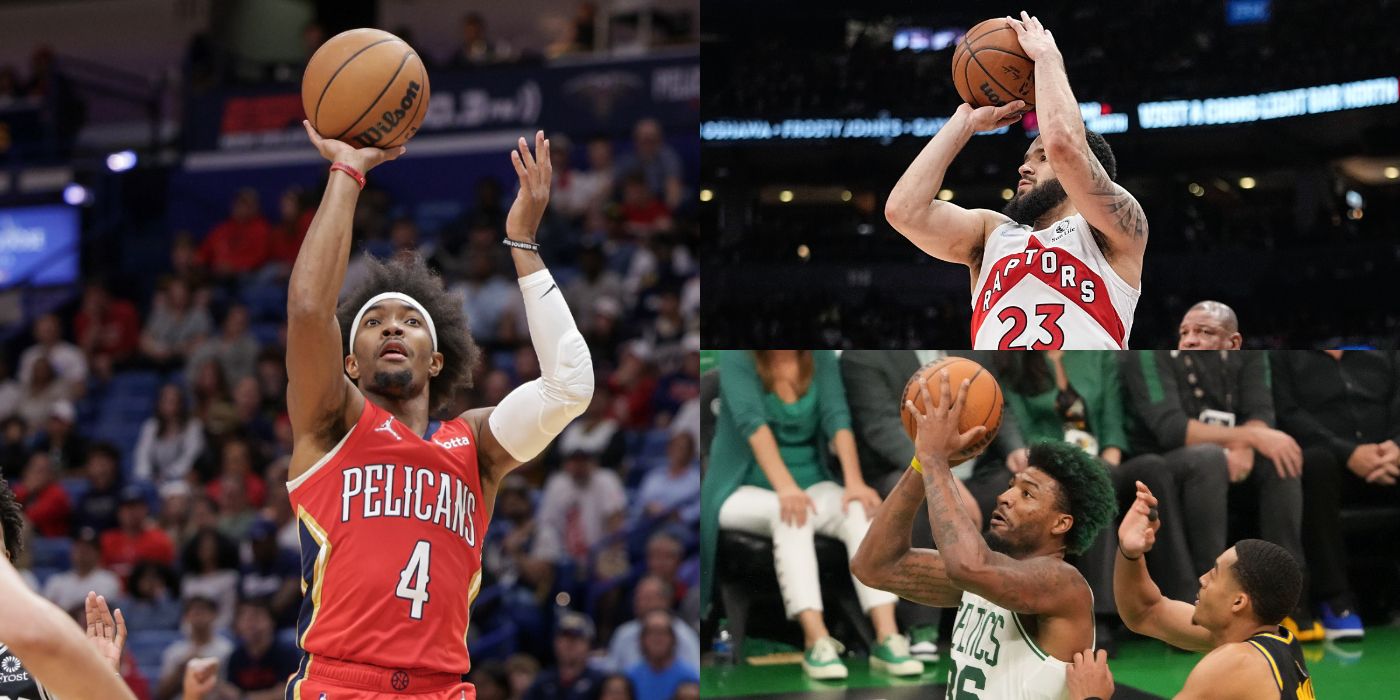 Basketball is obviously about shooting the ball, so ideally a player should be accurate with their shots from the court, whether it’s short, medium or long distance. Over the years the game has evolved and today the vast majority of players, regardless of position, are proficient shooters.

However, there are currently several starters who miss too many shots, and therefore have poor field goal percentage, exposing the shortcomings of a player who perhaps shouldn’t be in the game. NBAor at least shouldn’t be a starter, unless he’s contributing a lot to other aspects of the game. So, without further ado, here are the 10 worst field goal percentages by current NBA starters (minimum 1,000 career field goals missed).

Rowan Alexander Barrett Jr. was the third overall pick in the 2019 NBA Draft, and in his first three seasons he performed well, but certainly not as well as expected. In the 2021-22 season, Broadway Barrett averaged 20 points, 5.8 rebounds and 3.0 assists per game, which is pretty decent, but his field goal percentage was 41.8 %, which is just disappointing. RJ Barrett has what it takes to shine in the NBA, he just needs to polish some aspects of his game.

After having played little with the Boston Celtics, Terry Rozier has proven that he can start in an NBA team. In 205 games as a starter with the Charlotte Hornets, he averaged 19.3 points, 4.4 rebounds, 4.3 assists, 1.2 steals and 1.8 turnovers per game, with a rating of player efficiency of 16.6.

However, Rozier is yet to improve on his field goal percentage which is 41.7% in his seven-year career.

Jordan Poole is coming off his first season as a starter in the NBA, with none other than the champions Golden State Warriors. He certainly didn’t start in the playoffs, but in the regular season he played 51 games as a starter, averaging 30 minutes played per game.

The 23-year-old undoubtedly has a bright future, probably not as bright as Luka Doncic or Trae Young, but he will definitely be a superstar one day. Gary Trent Jr. averaged 18.3 points per game in the 2021-22 season, which is great, but he needs to improve other aspects of his game, like defense, and especially his shooting accuracy.

RELATED: 10 Basketball Players With The Most Triple-Doubles In NBA History

In 204 career games, Trent Jr. has a 41.6% field goal percentage and he continues to show no signs of improving. If the Toronto Raptors shooter can improve his accuracy, he could easily score over 20 points per game.

Fred VanVleet is coming off the best season of his career, setting career highs in points per game (20.3), rebounds per game (4.4), assists per game (6.7), efficiency rating players (17.3), plus/minus box (3.6). ) and Value Over Replacement Player (3.5), Steady Freddy even made his first appearance in the All-Star Game.

RELATED: 10 NBA Players Who Had Major Suspensions (And Why)

However, this point guard has improved slightly over the years as in his rookie season he had a 36% field goal percentage and in the 2021-22 season he had 42.3%.

The Detroit Pistons small forward has a lackluster 39.9% field goal percentage, but even so, he’s averaging 14.3 points per game in his career, 16.1 last season, which makes it clear that Bey shoots a lot, misses a lot, but still scores. a good number of points. Saddiq Bey is only 23, so he has plenty of room for improvement.

Experienced shooter and small forward Justin Holiday has always been a below-average shooter, and his 39.8% field goal percentage reflects that. Not to mention that he is a terrible long-range shooter, as his three-point shooting percentage is 36.5%.

Still, Holiday managed to stay in the NBA for nine years, even as a starter in a few seasons, including 2021-22, in which he was a starter with the Indiana Pacers and the Sacramento Kings, with whom he had a 34. 8% field goal percentage in 25 games.

Devonte’ Graham of the New Orleans Pelicans is the current starter with the worst career field goal percentage, at an abysmal 37.2%. The 27-year-old playmaker has scored just 990 field goals in 2,663 attempts.

One would expect that with experience, Graham would improve his game but it’s quite the opposite as he had a 36.3% field goal percentage in the 2021-22 season. Despite that, Graham is averaging 12.8 points per game, which is pretty decent.