The Bodiroga era in the Euroleague officially begins in two days 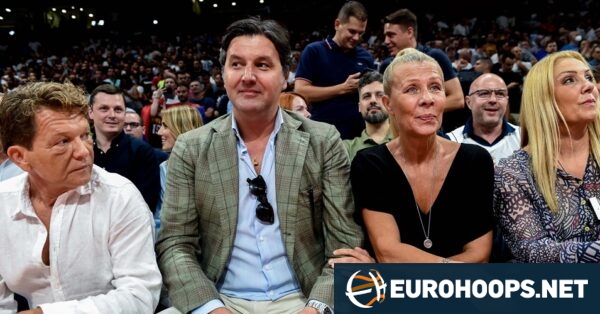 Dejan Bodiroga will officially be the new EuroLeague boss, while Jordi Bertomeu will step down as CEO on September 14. This is the day the clubs will come together to ratify the addition of Bodiroga as EuroLeague president as well as the hiring of Marshall Glickman as interim CEO, ending the Bertomeu era.

While the Spanish clubs are not yet convinced that this is the best course of action, the majority have decided and everyone is already on the same page as Bodiroga has started meetings with clubs and other shareholders working to unify the vision of all parties for the future.

Glickman already has his own dates, while Bertomeu had no choice but to accept the changing of the guard.

While Glickman will focus on the business side of the league – which is expected to break the €100 mark for the first time this season – and the joint venture with IMG pretty much dictates a specific course of action, Bodiroga will attempt to build bridges and present even better prospects for the future growth of the league.

Bodiroga, 49, is one of Europe’s most iconic players, a European and world champion at all levels, and his CV also includes managerial positions.

In June 2007 Bodiroga became general manager of Virtus Roma and completed his tenure in June 2009.

From 2011 to 2015 he was vice-president of the Serbian Basketball Federation. In June 2014, he was appointed Chairman of the FIBA ​​Europe Competition Commission, a position he no longer holds.