The investment in John Konchar 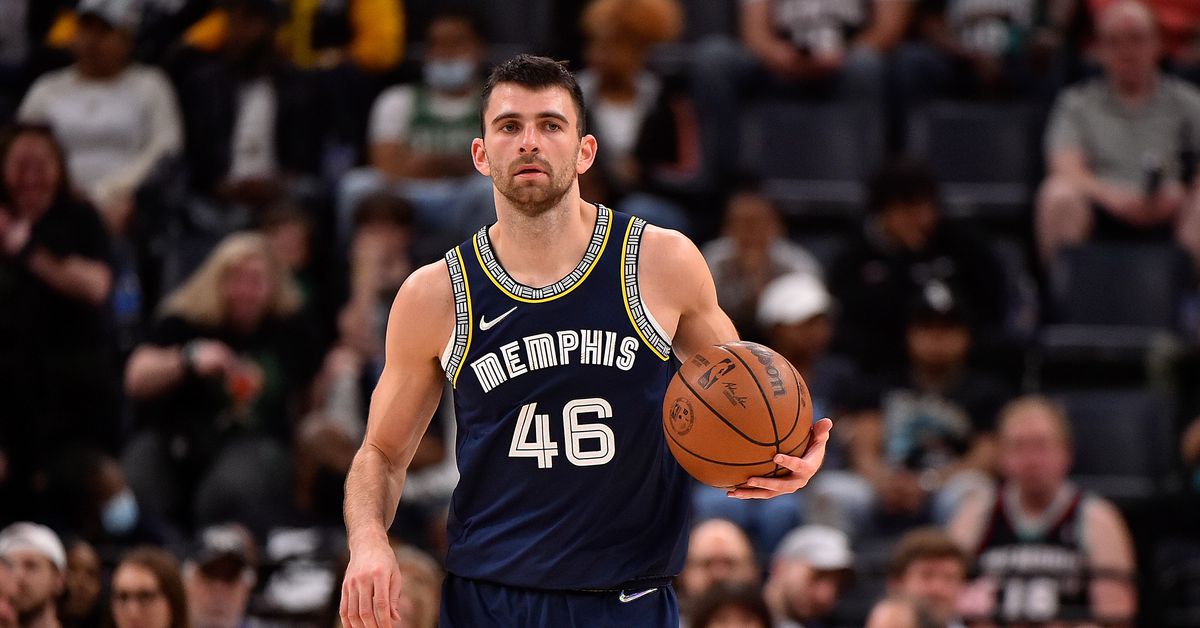 This is not an indictment on his game; it’s more about the contractual situation. Konchar’s $2.3 million for next season was guaranteed, after the Grizzlies bypassed the July 3 trigger date — as expected. With two years remaining on his current deal, the Grizzlies announced a 3-year, $19 million contract extension, which keeps him on the books through the 2026-27 season.

Extending John Konchar this far from his expiration is just another step in the Grizzlies’ investment in him.

Starting his career on a two-way deal, Konchar quickly proved his worth despite playing just 19 NBA games in a total season. He was an analysis darling in his rookie year – posting a BPM of 4.5, PER of 18.0, true shooting percentage of 71.3% and offensive rebound percentage of 10.7 . His rebound and two-way play fueled that, leading to a 4-year, $9 million (partially guaranteed) deal through the 2023-24 season, referred to NBA enthusiasts as “The Hinkie Special”.

Konchar’s 2nd season was more or less the same, as he proved to be a valuable player to have towards the end of the roster – especially during the pandemic season. Last season he made a noticeable improvement.

Konchar’s role was quite simple: he was the 11th man to intervene in the rotation whenever a player was down. With Dillon Brooks missing 50 games and Ja Morant out 25, the opportunities were plentiful. On those occasions, he highlighted the improvements in his game, and his jumping beyond the arc shone the brightest.

Three-point volume has been a priority for his development since the end of his rookie season. Last year, he increased his volume from 56 total attempts (1.3 per game) to 126 (1.8 per game), while increasing his percentage from 37.5 to 41.3. Most notably, he had a streak in December where he looked automatic – connecting on 15 of his 27 triple tries, good for a 55.6% clip. In the process, he managed to translate his production into a slightly bigger role, averaging a career-high in rebounds per 100 possessions (12.2).

Why the Grizzlies love Konchar and want to invest in him is pretty clear. He’s a good player to round out a core – he doesn’t order shots, thrives on doing the dirty work, smashes the boards like crazy, makes defensive plays and moves the basketball around without returning it. With his contract extension and the events of this offseason, a larger role as a full-time rotation should follow.

With De’Anthony Melton out of the fold, there’s an opening for the spot of 2 reserve guards – barring an unscheduled trade, possibly one involving injured Danny Green and the Capital Draft. There’s plenty of time in the offseason for the roster to take shape, as the Grizzlies illustrated last summer with a flurry of trades. Does extending Konchar’s contract mean confidence in him to fill this role? More than likely, yes. If so, there are several things to watch out for with the next stage of its development.

The most important comes from the offensive side. It had a 9.5% utilization rate, which is in the 1st percentile among wings, by Glass cleaning. Now he doesn’t have to become a bench gunner, a Melton has been challenged to be in his role. He just needs to be a bit more aggressive in attack, and there’s a way for him to do that.

For Konchar, it comes down to shooting 3-pointers and building his marksmanship from last season. It doesn’t have to be drastic or anything, nor does the Grizzlies need to run sets for him to create looks. However, shooting 3 threes per game, rather than a shade below 2, would be a good start.

The Grizzlies rely heavily on driving and kicking, and that’s also a strength for Konchar. If he could take advantage of the defensive changes by letting him fly, that would open up the rest of his game. attacking fences to get an open lane to the rim or to make the extra pass. Also, defenders can’t sag too much into it, and these situations open up more driving lanes for downhill players and more space for Konchar to cut to the basket.

If he could do that, while looking for cut and transition lanes inside the arc to land a few dunk shots, he should continue his effectiveness in a wider role.

The Grizzlies will need him defensively, especially after losses to Kyle Anderson and De’Anthony Melton, two of the team’s biggest eventmakers. Konchar is a solid team defender, possessing a defensive box more/less greater than 1 in every season of his career. Although he does not possess the same abilities as Anderson and Melton to create events, he has shown the potential to do so. He ranked in the 98th percentile in Steal Percentage (2.2%) in his sophomore year and in the 80th percentile in Block Percentage (0.9%) last season.

The replacement of Anderson and Melton’s events is handled by committee, especially for a team that emphasizes defense-to-attack cycles, and Konchar has the defensive chops to help with that.

In this expanded role, John Konchar has the opportunity to develop his strengths to maintain his effectiveness towards victory.

There is no risk associated with this contract extension. While some people think promoting the 11th man in the rotation to 9th or 10th is radical, that’s really not the case with John Konchar. He showed the ability to be a rotation player on a winning team. For example, he played 72 games and averaged 17.9 minutes per game during the Grizzlies’ 56-26 campaign. It’s as if he had already done it! It’s not like they’re promoting a product that’s not proven to be a rotational player; the buildup with Konchar was nice and calculated.

From a contractual standpoint, the investment makes sense given the salary cap implications along the way. The cap has increased this season, and with a new CBA and new TV offerings on the horizon, more peaks may follow. His contract could end up being the equivalent of a $3-4 million contract under this current salary structure. Locking in actors, especially those who will technically be a 6-year veteran by the time the expansion arrives, seems like a good idea. For those who like to look at the transactional side of things, it now has a more favorable contract in trades for wage matching purposes.

Either way, the Memphis Grizzlies are making a smart investment in John Konchar, as they’ve continued to do since he signed a two-way contract in 2019. He’s playing by the Grizzlies standard on both sides of the ball. Although tally stats don’t jump off the page, he has made incremental progress with each season of his career, and he’s been a key player in the team’s ‘next man up’ philosophy. And last season he showed the potential to be a full-time rotation player at a higher dosage. As a result, the Grizzlies rightly rewarded him with a contract extension and the opportunity to play a key role off the bench.

In this final stage of investment, the Grizzlies are banking on John Konchar to maintain his effectiveness in his role at one in greater capacity, while continuing to expand his play on both sides of the ball.