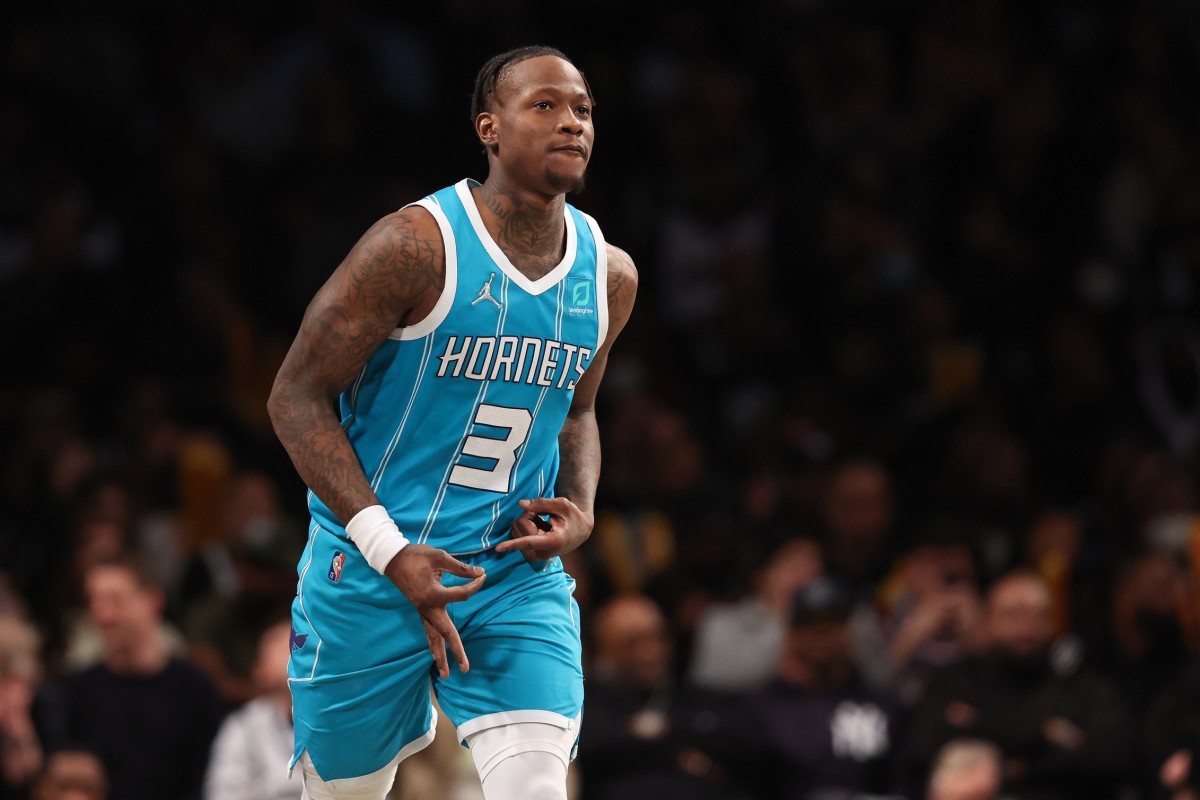 The 2022-23 NBA season is just 32 days away from Friday, but there will likely be many more deals as teams finalize their rosters for the new season.

Russell Westbrook has been a very hot topic this offseason, but he still remains on the Los Angeles Lakers roster.

Recently, Jovan Buha and Sam Amick of The Athletic (h/t NBACentral)reported that the Lakers, New York Knicks, Utah Jazz and Charlotte Hornets discussed a four-team trade before Donovan Mitchell was traded to the Cleveland Cavaliers.

Buha and Amick (via their article in The Athletic): “The Lakers discussed a four-team trade with Utah, New York and Charlotte ahead of the Donovan-Mitchell trade to Cleveland, league sources say. A preliminary iteration of a four-team deal would have had Bojan Bogdanović and Terry Rozier return to Los Angeles”

The Lakers are in a tough spot, because they greatly exceed the salary cap, and Westbrook will do over $47 million next season.

Based on their reporting, it looks like a deal for Westbrook won’t happen.

Buha and Amick (via their article in The Athletic): “The Lakers will only make a trade if they calculate it will improve this season’s roster enough to justify the possible downside of taking longer-term pay and/or giving up their prized picks at the end of the decade. As things stand, it seems unlikely that they will find a deal that meets that lofty threshold. Their motivations could change as the season progresses and they will have a better sense of the potential of the roster.”

That being said, the blame Westbrook took from the media and fans last season was overblown.

They had a terrible season (finishing 33-49), but All-Star Anthony Davis missed 42 games, so if he had been healthy, who knows how they would have played.

When LeBron James is on a roster, all the team has to do is get into the NBA Playoffs to give themselves a chance.

With Westbrook, Davis and James all healthy in 2022-23, there’s no reason not to see them as a title threat.

Their season probably falls on Davis much more than Westbrook.

It will be interesting to see how this all pans out, and this won’t be the last report on Westbrook’s future in Los Angeles.

Rozier is a very talented player for the Hornets, but it would make sense if they were open to moving him.

The former Louisville star is due at least $47 million over the next two seasons, and the Hornets were not a playoff team in the three seasons he was with the franchise.

Therefore, it makes no sense for them to keep 33-year-old Bogdanovic, who will over $19 million next season.

He could potentially earn them a very good return in a trade.

More information about Utah Jazz can be read here

More information about the Charlotte Hornets can be read here

More information about the Los Angeles Lakers can be read here