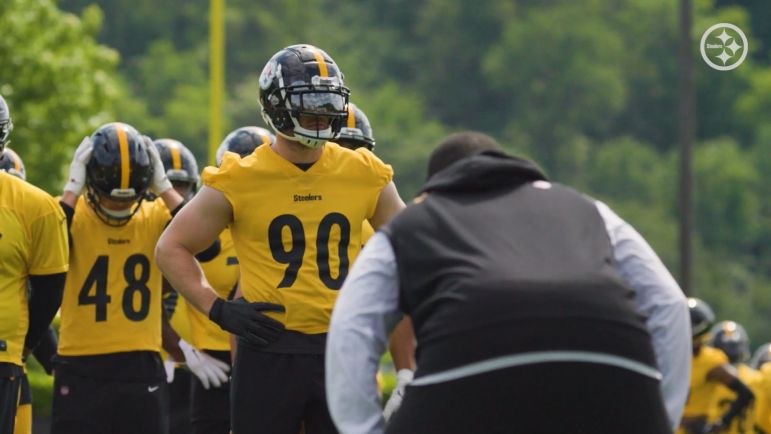 “Watt tied the single-season sack record with 22.5 in 15 games in 2021. What if he surpasses that benchmark to lead the league in sacks for a third straight season? No player has ever paced the NFL in sacks in consecutive campaigns,” Patra wrote for NFL.com regarding his selection of Watt for the Steelers’ non-QB MVP candidate. “Watt is averaging 1.5 sacks per game in 2021, second all-time only to Hall of Famer Reggie White’s 1.75 mark set in 1987 (min. five games). If Watt breaks the record while coaching the Steelers again in the playoffs, he would be a shoo-in for back-to-back Defensive Player of the Year awards. But he deserves better, like becoming the first defensive MVP since Lawrence Taylor in 1986.”

What Watt has done since entering the league in 2017 is nothing short of remarkable. He’s put up some impressive numbers and is on a historic trajectory at this point in his career, a trajectory that will almost certainly lead him into the Pro Football Hall of Fame when his playing days come to an end.

Replicating what he did in 2021 will be pretty tough overall, but let’s hypothetically say Watt does it, and actually sets the NFL single-season sack record, rather than tying it. With good health and a bit of luck, he could definitely do it, considering his 22.5 sacks last season came in just 15 games, missing parts of a game and missing two entirely.

TJ Watt ties Michael Strahan for most sacks in a season‼️

Let’s say he plays 17 games and averages 1.5 sacks per game. That would give him 25.5 sacks in 2022, breaking Michael Strahan’s previous record of 22.5, which would make Watt a shoo-in to win his second consecutive Defensive Player of the Year award, and likely put the Steelers again in the playoffs.

If he does, he could find himself in the NFL MVP conversation with a realistic chance of winning the award, as Patra states.