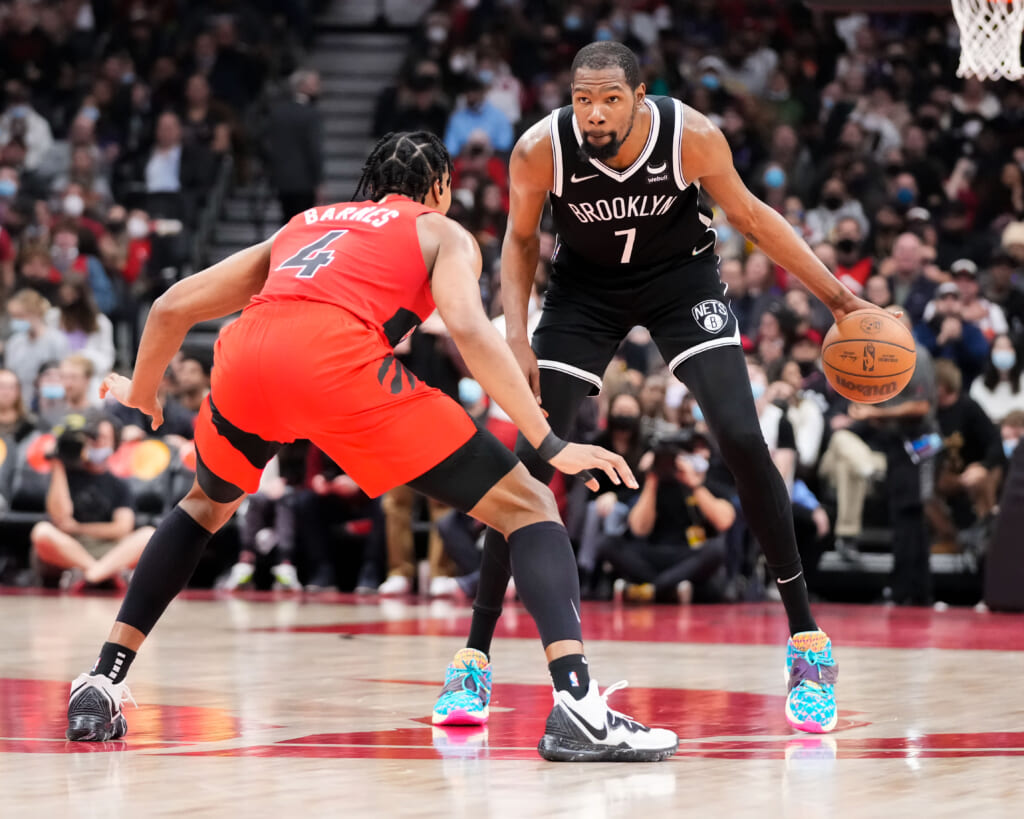 It will take an extremely valuable player returning to the Brooklyn Nets to complete a trade with Kevin Durant. The Toronto Raptors have often been mentioned as a team that could try to acquire the superstar scorer, but the Nets are likely aiming high, starting with a package built around Scottie Barnes.

But that’s just negotiation. Organizations always start high before lowering their business requirements as discussions continue. However, it all depends on a team’s willingness or desperation to unload their goods. Durant asked for the trade, it’s not like the Nets are actively trying to break their core.

Chances are the Nets aren’t in a rush to trade one of basketball’s best players, they might not want to trade Durant at all. In fact, ESPN’s Zach Lowe suggests the organization did not lose hope about Durant canceling his trade request.

Obviously, they’re not a team desperate to move, but is that because they don’t like the offers they’ve received so far? It’s possible.

If the Nets are scouring the league, looking at ready-to-competition teams who might be willing to put together a solid trade package for Durant, the Raptors need to stand out. They have NBA Rookie of the Year, Scottie Barnes.

But why would the Raptors want to quickly turn around and trade their most valuable player before he’s even scratched the surface of his potential?

According to Zach Lowe, the Raptors I don’t even want to consider trading Barnes and refuse to discuss a potential trade involving the fourth pick in the 2021 NBA Draft.

After Barnes averaged 15.3 PPG to go with 7.5 RPG and 1.8 blocks and steals combined per contest at age 20, they want to see what he can add to his game this offseason. . It’s not hard to see why they’re more obligated to stick with the player they already know can thrive in their system, when trading for Durant would completely upend the roster.

Perhaps it’s part of their reluctance to put together a package the Nets simply can’t refuse. Or maybe they really prefer the current path they’re on, hoping that their youth can help raise a seasoned group that already knows what it takes to win the NBA Finals like they did in 2019.

Instead, Barnes already loves Toronto, and so do the fans. Keeping him as long as possible should be their top priority, even if other shiny objects, like Durant, appear along the way.