Utah Jazz’s Potential Starting Line-Up: Can They Silence the Skeptics? 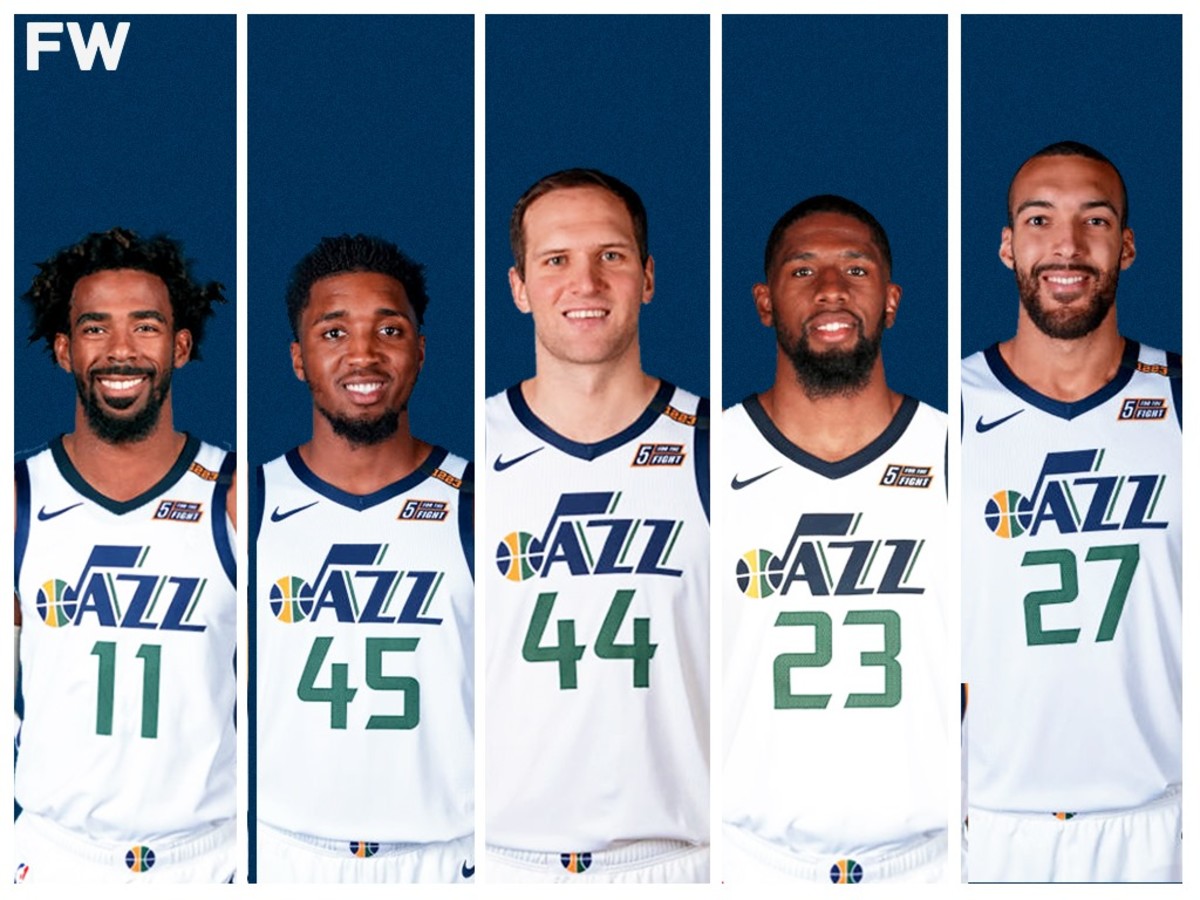 After the Jazz reached the No.1 seed in the regular season, the season ended in disappointment as the Jazz were beaten in the second round of the playoffs by the Los Angeles Clippers. It was the farthest Donovan Mitchell and Rudy Gobert’s combination had gone together in the past four seasons. Now the two will be looking to bring Jazz back to the conference finals for the first time since 2007.

The Jazz brought back the main core of players that led the team to a 52-20 record last year. Not to mention that the team brings back two sixth key men, as well as an underrated free agent and a draft pick. After receiving a lot of attention for their success, can Jazz reproduce success by working under a microscope? Can Jazz finally silence the skeptics?

Since being acquired from the Grizzlies, Conley has been the glue guy who has kept it all going on offense. His presence allows Mitchell to play further off the ball. Conley’s role was noticed by the league, leading him to be selected for his first All-Star game, which may come as a surprise as he is the all-time leader in points and assists with the Grizzlies. .

Conley averaged 16.2 points and 6.0 assists per game last year. The most impressive statistic might be that he shot 44.4% from the field, with 41.2% from the three-point range. As a team, the Jazz have averaged the fourth most points in the league, behind the Bucks, Nets and Wizards.

Some believe Mitchell is one of the most underrated players in the league. There may be some truth to this. Mitchell was selected for his second consecutive All-Star appearance last year after having had the best season of his career. The 25-year-old averaged a career-high 26.4 points and 5.2 assists. His rebound tied a career high, while his three-point shot (38.6%) was the best of his career.

Mitchell has been compared to Dwyane Wade lately. The two play a very similar style of play. The main difference is that in Wade’s third season, he led the Miami Heat to an NBA championship and won the MVP of the finals. Mitchell has yet to get out of the second round despite leading the Jazz to a No. 1 seed in the regular season. Will this be the year Mitchell can officially silence the critics?

In 2020, the Jazz faced the Denver Nuggets in a seven-game round-trip series that featured one of the best battles between Mitchell and Jamal Murray. In the end, the Jazz was tested in the first round. However, if Bogdanovic hadn’t missed the entire playoff series and the end of the regular season, the Jazz could have qualified for the second round.

With a healthy Bogdanovic, it showed why he is so important to the team. Bogdanovic’s numbers plunged last year. His points per game fell from 20.2 to 17.0. His rebounds and assists were down slightly, while he also registered a 2% decrease in the number of shots. Regardless, the Jazz were a top 5 attack and a seed when playing. The team will need him to stay healthy once again.

O’Neal knows his role on this team. O’Neal averaged 7.0 points and 6.8 rebounds. He will be looking to provide numbers similar to what Derrick Favors has brought to the team all these years. Now, with Favors out of the squad for salary cap reasons, O’Neal will have to keep him strong.

With a lineup that includes four main contributors, you need a starting five and O’Neal is the fifth option who will have to pick up a basket and get a defensive stoppage here and there. An interesting fact about O’Neal is that last year was a career high in terms of offensive rating per 100 possessions. O’Neal finished with a 121, which is well above the league average.

Gobert returns as the reigning Defensive Player of the Year, which is the third overall prize of his career. Gobert led the league in defensive rebounds and was second in blocks. In total, he gave the Jazz 14.3 points and 13.5 rebounds per game. He has established himself as the best rim protector in the league.

As a team, Gobert led the Jazz to the league’s third best defensive score. The combination of offense and defense that the Jazz allowed the team to finish with the best overall record. Now the team must find a way to translate that playoff success, as Gobert has also never played in a conference or NBA Finals.

Is it practical when the sixth man of the year and the second return to the same team? Jordan Clarkson returns after winning the award after averaging 18.4 points off the bench. Joe Ingles was second with 12.1 points and 4.7 assists. Having both come off the bench brought the second unit to life and allowed some of the team’s main starters to really rest.

Despite the loss of Favors, the Jazz found a way to reload. Hassan Whiteside was an underrated pickup. Whiteside has everything to lose, while the Jazz have everything to gain. Whiteside averaged 15.5 points and 13.5 rebounds in a starting role for the Trail Blazers just two seasons ago. Swapping Gobert and Whiteside could be the best starting center / save center combination in the league next year.

Other notable pickups include Rudy Gay, who averaged 11.4 points and 4.8 rebounds in 20 minutes of action. Gay is 35, but he’s one of the league’s most established veterans. Jared Butler could be the draft thief. While the focus was on Davion Mitchell in the draft, Butler was the team’s best offensive player for national champion Baylor Bears. Also keep an eye out for the development of Udoka Azubuike, who was once considered a top prospect in college.

The easy answer is yes and we will go even further. The Jazz will advance to the Western Conference Finals this year and here’s why. For starters, the team is bringing back a team that was the No. 1 seed in the regular season. It must mean something. The Jazz were even better than the Phoenix Suns, who reached the NBA Finals. If Kawhi Leonard had never been injured, maybe we would be talking about the Clippers and not the Suns. The Jazz, who were beaten by the Clippers, have an opening as the Clippers appear to take a red shirt year.

Donovan Mitchell is one of those special league players. He has the mentality closest to some of the greats like Wade and Kobe Bryant as a young league player. He has steadily improved every year if you look at his track record. Not to mention the fact that he’s emotionally motivated to become a legacy player. It should come as no surprise if he averages over 30 points per game this season and the Jazz return to the No. 1 seed.

As mentioned before, the Jazz have a perfect balance in attack and defense on both units. The team has 10 players with a strong rotation for all five positions. The best teams in the league have this formula.

It’s never easy to predict what’s going on in the NBA, but Utah fans should be excited. This team is the most promising since the teams of the late 1990s with John Stockton and Karl Malone. We’ve seen Giannis Antetkounmpo break the mold to lead their initially drafted teams to the Promised Land. This year, it could be Mitchell’s turn to do the same.

The Memphis Grizzlies’ Potential Starting Line-Up: Are They Better Or Worse As Next Season Approaches?

The Washington Wizards’ Potential Starting Line-Up: Will Depth On Talent Be A Success?

The potential starting lineup of the New Orleans Pelicans: are they ready to surprise the NBA?

Dallas Mavericks’ potential starting lineup: Luka Doncic and Kristaps Porzingis have to prove it can work

The potential starting lineup of the Cleveland Cavaliers: a young team with a bright future