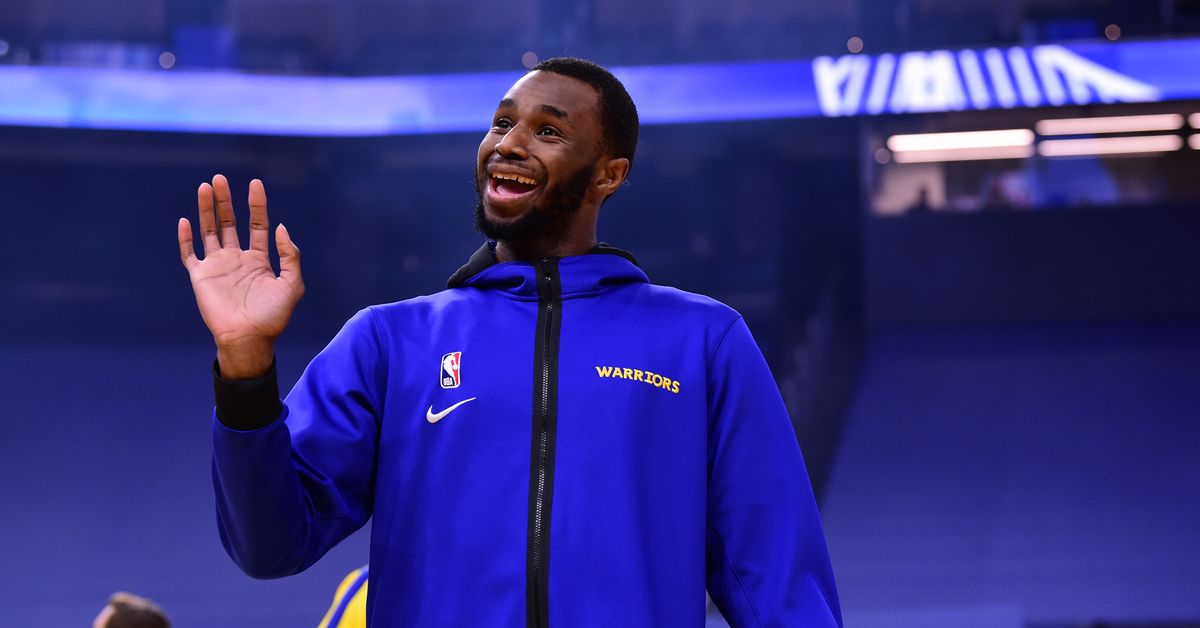 Andrew Wiggins has been one of the NBA’s most enduring players during his career, but the little Golden State Warriors forward could miss a significant chunk of the season ahead for reasons he controls a lot.

Wiggins has, at this point, refused to be vaccinated against the coronavirus, questioning his status for the 2021-22 season.

From October 13, operators and hosts of mega indoor events in San Francisco will need to be fully vaccinated to enter their facilities. This includes not only the games at the Chase Center, but also team training, and that applies to players.

Which brings us to Wiggins. According to a report by Rusty Simmons of the San Francisco Chronicle, Wiggins has remained firm in his position to remain unvaccinated, and the Warriors are increasingly concerned that he may not be available for the start of the season. If Wiggins were to receive a single-dose vaccine, he would have to be vaccinated by September 29 so that he doesn’t miss a moment at the Chase Center, and by October 7 if he wishes to play in the Warriors house. opener against Los Angeles Clippers.

But things are not looking good.

According to Simmons, the Warriors worked with Wiggins to try to educate him on the safety of the vaccine and the severity of COVID-19.

The Warriors recently put Wiggins in touch with an Oakland doctor who understands the issues with vaccine hesitancy, sources said. The doctor explained the suffering and deaths she has witnessed in patients who contracted the coronavirus, sources said, but Wiggins remains unmoved in his decision not to get the vaccine.

If Wiggins is unable to play due to a lack of vaccine, it will cost him a significant amount of money. NBA paychecks are game-based, which means Wiggins receives 1/82 of his salary for each game, or roughly $ 385,000, before taxes. While players are paid for games they cannot play due to injury or other reasons, they do not receive payment for games they simply do not show up to, and the absence de Wiggins would be considered that way. In other words, he would sacrifice half of his salary (assuming the law doesn’t change and he doesn’t get a mid-season shot), but it wouldn’t be a fine. It would simply be a paycheck withheld for not showing up for work. The Warriors could, however, fine him for lack of availability in training and practice.

It’s also worth noting that visiting players (like former Wiggins teammate Kent Bazemore, who was opened with his anti-vax stance) are not subject to the same rules. They are allowed to play, although they must stay six feet from the public at all times, provide a recent negative COVID-19 test, and wear a mask at all times when not in the field. But Wiggins, as a member of the host team, is expected to be vaccinated.

With so much research on the vaccine and full FDA approval, it’s a bit shocking that a player injures his team and sacrifices eight figures just to avoid participating in public health measures.

Hopefully that doesn’t end up being the case.

If Wiggins is still unvaccinated, it puts the Warriors in big trouble. They probably don’t want to continue using a berth on a player who can only play half of their games and practices, but it’s hard to imagine that they could trade his contract without including some valuable assets like young players and the future. selections. Even with his strong season a year ago, Wiggins is considered to have a negative contract in the league, so trading him wouldn’t be easy.

It is not known for sure that all Wiggins Warriors teammates are vaccinated. However, given that Wiggins is the only player mentioned in these reports, it seems likely that he is the only unvaccinated player on the team.