What are the NBA games today, Thursday April 7? 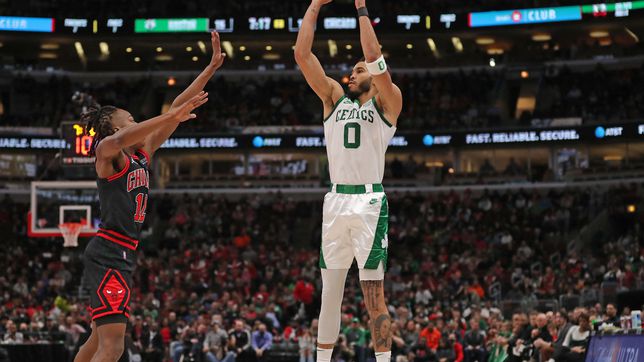 The 2021-22 NBA regular season ends Sunday the main talking point in this latter part of the campaign being the LA Lakers’ failure to miss out on a potential playing spot as they fell to the top-flight Phoenix Suns last Tuesday. Their absence will see LeBron James miss the playoffs for only the fourth time in a 19-year careerin which he made 10 NBA Finals and won four titles.

With most teams having just two or three games left, nearly all postseason berths have been secured with only sixth place in the West still up for grabs with Denver is looking for a solid bet to secure the final spot, although Minnesota could still mathematically aspire to the spot.

They are seven NBA games on Thursday nights with the action starting at 7 p.m. ET.

Fresh off their victory in Illinois, the Boston Celtics were the best defensive team in the NBA this season and made life miserable for the Chicago Bulls for a 117-94 road win on Wednesday night.

Boston (50-30) thrived in the second half of the season and look like a serious championship contender as they take on last season’s NBA champions with the two Jayson Tatum and Jaylen Brown on a good streak for the Celtics right now as they take on the Bucks who currently sit in third place in the East (79-49).

Scotiabank Arena in Toronto hosts another of tonight’s enticing matchups as fourth in the East (Philadelphia) to the Raptors in third with both teams eyeing their postseason campaign having sealed play-off berths.

Toronto have won two of their three meetings this season and all eyes will be on 76ers Joel Embiid after his spell Los Angeles Lakers star LeBron James in first place in points averaging 30.4 points per game with LeBron on 30.3.

“It’s great, but winning is also great,said Embiid. “So that’s all I can control.” Go ahead and do whatever is necessary. You know, sometimes, like (Tuesday), I started the game and they doubled down hard and tried to make good plays. Also, my teammates gave me a bunch of easy baskets, which kept me going.