Who is the oldest NBA player? (Always and active) 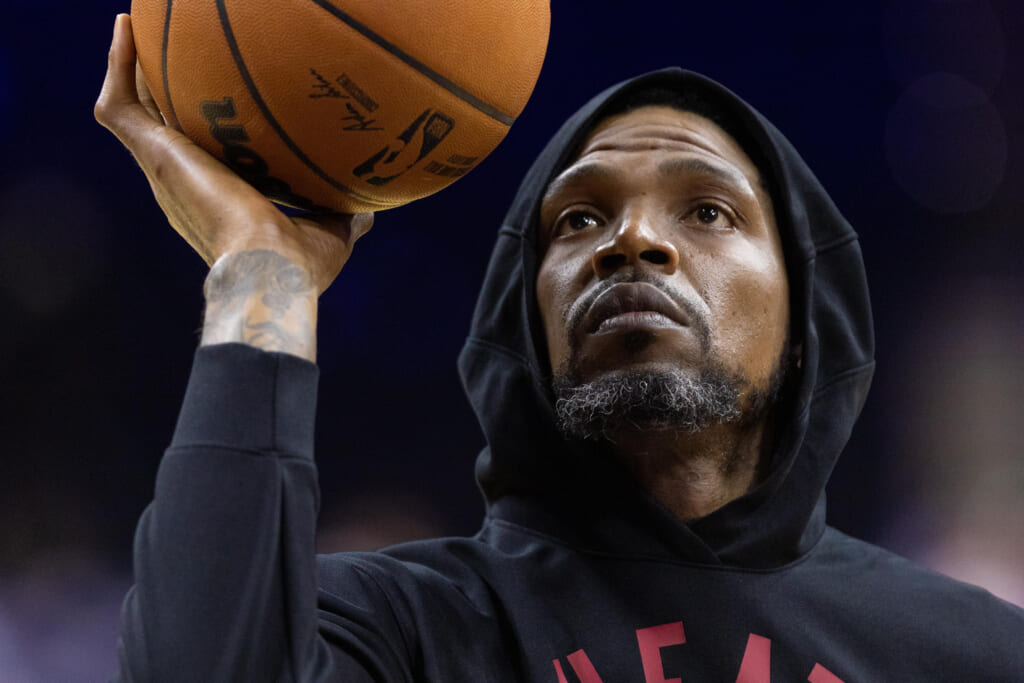 The National Basketball Association was founded on July 6, 1946. In the 75 years since, more than 4,500 NBA players have played in a game. And there has never been a player older than Nat Hickey, who still holds the record for oldest NBA player of all time, in 1948. Hickey was 45 years and 363 days old. The big story is that he was actually the team’s coach but chose to get active and play the sport instead.

For Hickey to hold the record for 73 years and counting seems like an unlikely record to break. After all, there won’t be any more coaches suited to their organizations anytime soon. So who is the oldest player in the NBA right now?

The NBA’s oldest active players change from season to season and even month to month. Counting in reverse order, here are the oldest NBA players in 2021-22.

10. LaMarcus Aldridge’s return to basketball earns him a spot among the NBA’s oldest players

Some players may not be thrilled to be on such a list as the NBA’s oldest active players, but for LaMarcus Aldridge, it’s an incredible achievement. Just a year ago, Aldridge had to retire from the game he loved after suffering heart problems. Now he’s back, playing for the Brooklyn Nets.

9. Trevor Ariza is preparing to play the 19th NBA season

Trevor Ariza has only played 11 games with the Los Angeles Lakers this season. One of basketball’s oldest players, we’ll see what kind of contract Ariza can land this offseason.

8. Taj Gibson and Tom Thibodeau stand the test of time

It doesn’t seem that long since Taj Gibson was playing for the USC Trojans, or even alongside Derrick Rose and Jimmy Butler with the Miami Heat. Known as a tough defender, nothing gets in Gibson’s way. Not even the time he lost his shoe. Gibson still managed to play defense, even trying to get a block, while holding his shoe in his other hand. This type of effort is a classic example of why, even at 36, Gibson is still on an NBA roster. But Tom Thibodeau might also have something to do with it, as he’s been known to be notoriously loyal or stubborn.

7. Chris Paul still elite, despite his status among the NBA’s oldest players

They say you get wiser as you get older. Well, Chris Paul is doing his best to prove these theories to be true. Despite his advanced age, CP3 led the NBA in assists per game during the 2021-22 season. As one of the NBA’s oldest players, Paul also remains one of the best.

An 11-year NBA veteran, PJ Tucker has an incredible story of what it’s like to not be able to play basketball in the pros. After being selected with the fifth pick in the second round of the 2006 NBA draft, Millsap spent the next five years playing in Israel, Ukraine, Germany and Italy, before returning to an NBA team, where he has remained ever since. After winning an NBA championship with the Milwaukee Bucks in 2021, now Tucker is on the Miami Heat.

It took Paul Millsap five seasons to become a full-time starter, so it’s understandable that he wants to savor the twilight of his NBA career. After his 16th season in the NBA, Millsap is now with the Brooklyn Nets, but is expected to be a free agent this offseason.

4. How old is LeBron James? (Old enough to be on this list)

LeBron James isn’t quite the oldest player in the NBA, but he has enough experience to be the fourth-oldest active player in the NBA. King James is no longer the unstoppable force he once was, but the 17-time NBA All-Star still averaged north of 30 points per game in his 19th season. Many believe that LBJ wants to play until his son, Bronny James, reaches the NBA. It doesn’t seem like a ridiculous thought at this point.

3. Carmelo Anthony is the oldest player in the 2003 NBA Draft class

Few current NBA players are as accomplished as Carmelo Anthony. Entering the league in the same draft class as LeBron James, Melo has made several trips around the sun and is among the oldest active players in the NBA. While his contributions are clear, Melo also helps build the oldest NBA team with an average age of 31.3 years old per player in the year 2021-22. He is also the oldest NBA player in the Association without an NBA championship to his name.

2. Golden State’s Andre Iguodala is the second oldest in the league

It can be painful because many of us still remember when Andre Iguodala was a rookie with the Philadelphia 76ers in 2004 when he played with the original AI, Allen Iverson. Nostalgia aside, Iggy is the second-oldest active NBA player at 38.

Sitting far ahead of his NBA peers, Udonis Haslem is the oldest NBA player in the league, and it’s not even close. The glorified player/coach at this point in his career doesn’t even compare in age to other NBA players. Haslem is almost four years older than the next player on this list.

Haslem doesn’t really play anymore, having seen less than a total of 250 minutes over the past five seasons. We don’t know why he doesn’t just become a coach at this point, but the Miami Heat will let him do whatever he wants as a valued member of their franchise. After spending his entire 19-year NBA career with the team, he earned it.