“You have better defenders in the NBA, but here in Europe the team’s defense is more impressive” 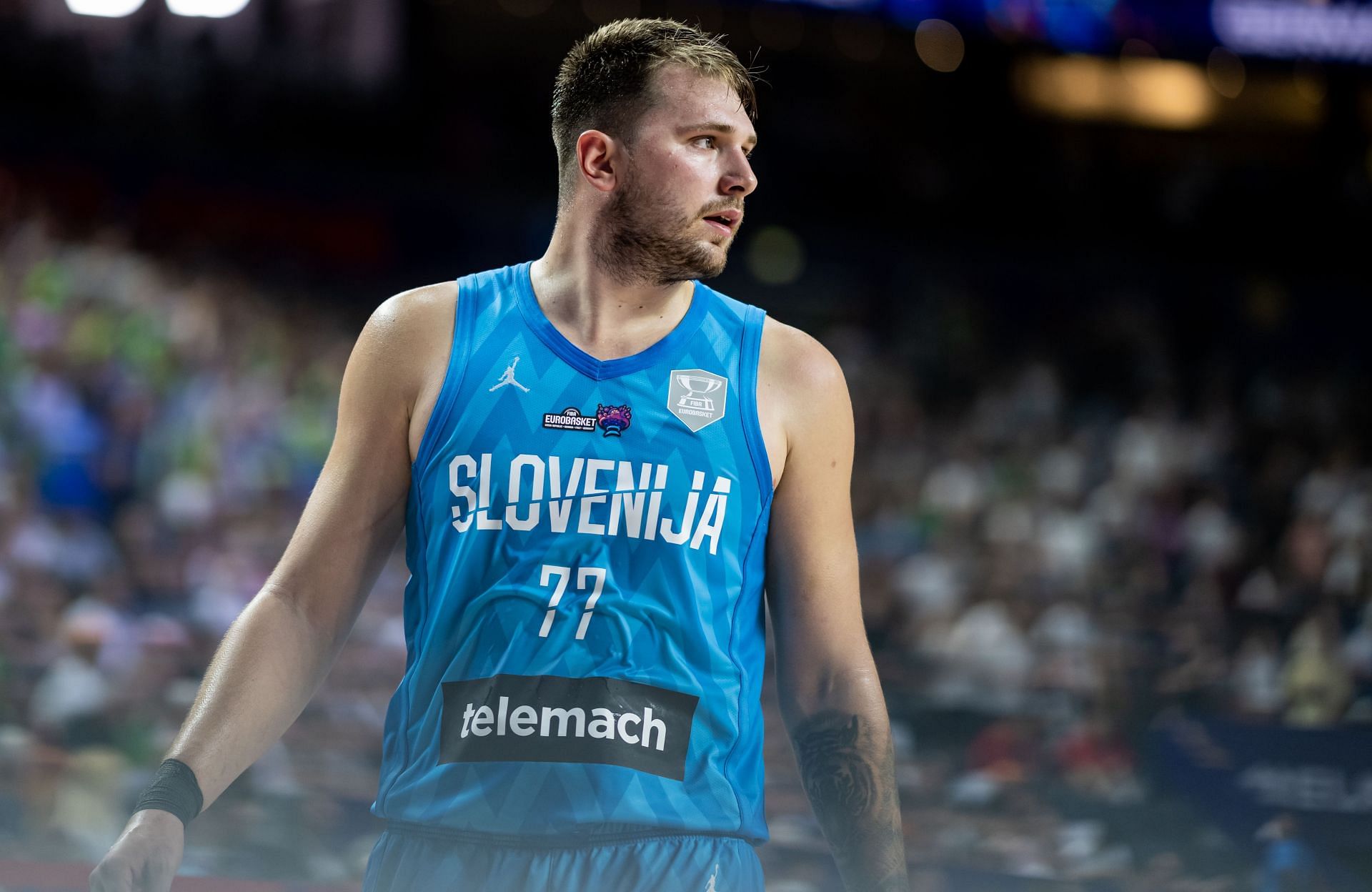 Luka Doncic recently pointed out the difference between defending in the NBA and EuroBasket. The Slovenian said the NBA has better individual defenders, but Europe has better team defense.

Doncic struggled in the first three EuroBasket games ahead of a breakout performance against Germany on Tuesday. The Dallas Mavericks superstar put in a poor showing in Slovenia’s loss to Bosnia and Herzegovina on Sunday.

He finished the game with 16 points, eight rebounds and eight assists. He shot 44.5 percent from the field, but went 0 for 8 from beyond the arc. He also had five turnovers in the 97-93 loss.

However, Luka Doncic bounced back against Dennis Schroder’s Germany on Tuesday. The Mavericks guard exploded for 36 points, 10 rebounds and four assists in the 88-80 victory. It was Doncic’s career high for the tournament and his second-best performance behind the 41-point effort at the 2020 Olympics.

In the post-match interview (h/t EuroHoops), Doncic was asked about the difference between defense in the NBA and EuroBasket. The 23-year-old said:

“I think you obviously have better defenders in the NBA. But here in Europe the team’s defense is obviously more impressive. Because of the smaller field, you don’t have the three-second violation. So I think that the defense of the team is very important.”

It’s not the first time that Luka Doncic has praised the international game. Doncic said during an appearance on ‘The Old Man and the Three’ podcast with JJ Redick earlier this year that it’s easier to score in the NBA than in the EuroLeague.

“EuroLeague basketball is more team basketball, it’s more tactical, and you have less time,” said Doncic. “The NBA is harder to play because you have a lot of players who are basically impossible to keep. But I would say scoring is easier in the NBA just because of the different rules. The amount of space, the time, it’s that’s why I said it’s easier to score in the NBA.”

“Scoring 30 points in a EuroLeague game is harder than in an NBA game, 100 percent percent. I’m just saying that because of the rules.”

Luka Doncic wasn’t an NBA player when he helped Slovenia win their first-ever EuroBasket championship in 2017. But he’s now one of the best players in the world and will be looking to lead Slovenia to their second title following the EuroBasket.

Slovenia are in Group B with Bosnia and Herzegovina, France, Germany, Hungary and Lithuania. They have already qualified for the round of 16 after wins against Lithuania, Hungary and Germany. Doncic is currently averaging 21.5 points, 7.8 points and 7.3 assists in the tournament.

Elsewhere, Giannis Antetokounmpo and Nikola Jokic take over for Greece and Serbia respectively. Antetokounmpo had a 41-point game against Ukraine, while Jokic dropped 29 points and 11 rebounds in a win over Israel.